I went hiking in the Dharug National Park near Wisemans Ferry yesterday, exploring the 11km circuit that takes you up and over several of the ridges in the park. I had dropped by on a drive back to the Blue Mountains from the Central Coast several weeks prior, when I’d walked the shorter Grass Tree Circuit, making the mental note to return at a time when I had more daylight hours for the longer walk.

The sign recommended 4.5 hours and though I completed the circuit in just over three, it was a tough three hours, with lots of ascent and descent in ever changing terrain.

Setting out on the longer circuit 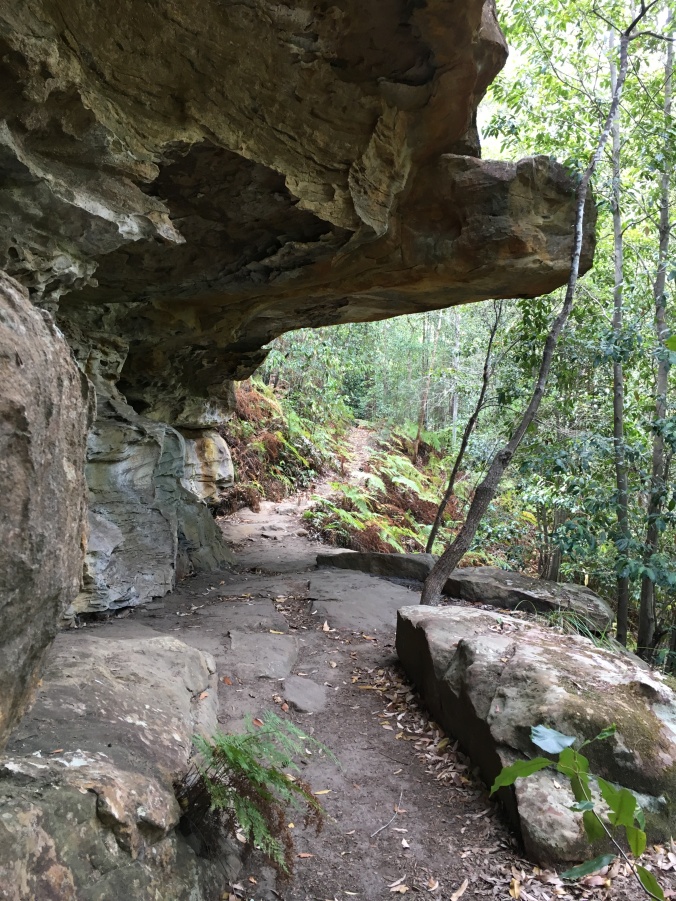 Overhangs, platforms, cave formations and rocky outcroppings of all shapes and sizes

I loved the bark on this one – it was a relatively young tree, but it looked like it had aged, wrinkly skin 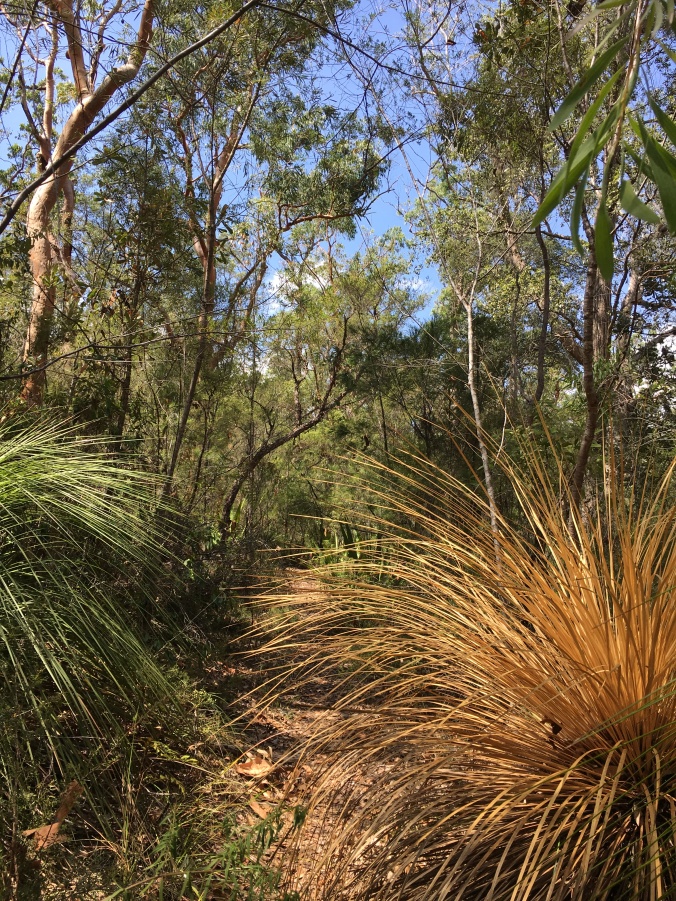 If you have good eyesight, you may be able to spot one of the orange trail markers in the central distance of this shot 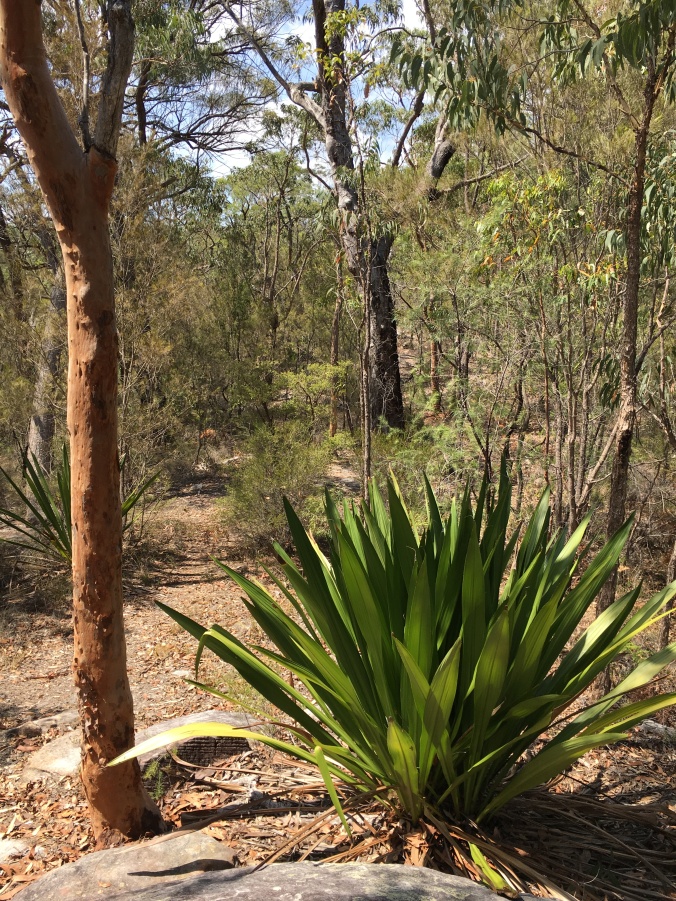 Not the expansive views I was expecting upon topping the ridge, but a clearing of sorts – there were views yet to come, though I didn’t really photograph the vistas on this occasion – I was more interested in the rock forms and plant life

After tracing the edge of the ridge for a hundred metres or so, with views to the hills yet to climb, I came to my first real descent – it was a fun scramble

Looking back along a stretch I’d just come down 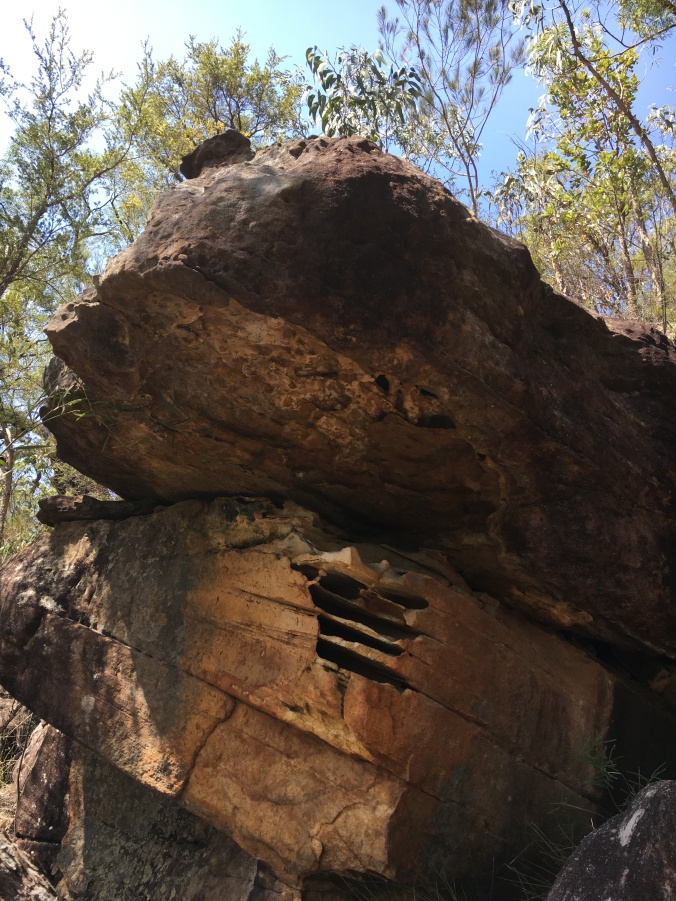 It was a well marked track for the first and last hour of my hike. Any potential points of confusion were clearly indicated by these sweet little hiking figure trail markers (complete with their arrow indicating your subsequent requisite direction of travel), or these orange high-vis tags (also pointing you where you needed to go), or sometimes a combination of both…

… The middle section, on the other hand, was a little more ambiguous. This arrow was the last trail marker that I saw for about an hour. I realised at one point that I hadn’t seen a marker in over forty minutes, but the path I was following was for the most part clear, and where it became vague, with a little scouting I was able to pick it up again. I was confident that the path I was on was the clearest of the options I had available, and I knew I could always retrace my steps if it didn’t bring me out where I was expecting to end up, but the thought that I should be rationing my water for such an eventuality did cross my mind. 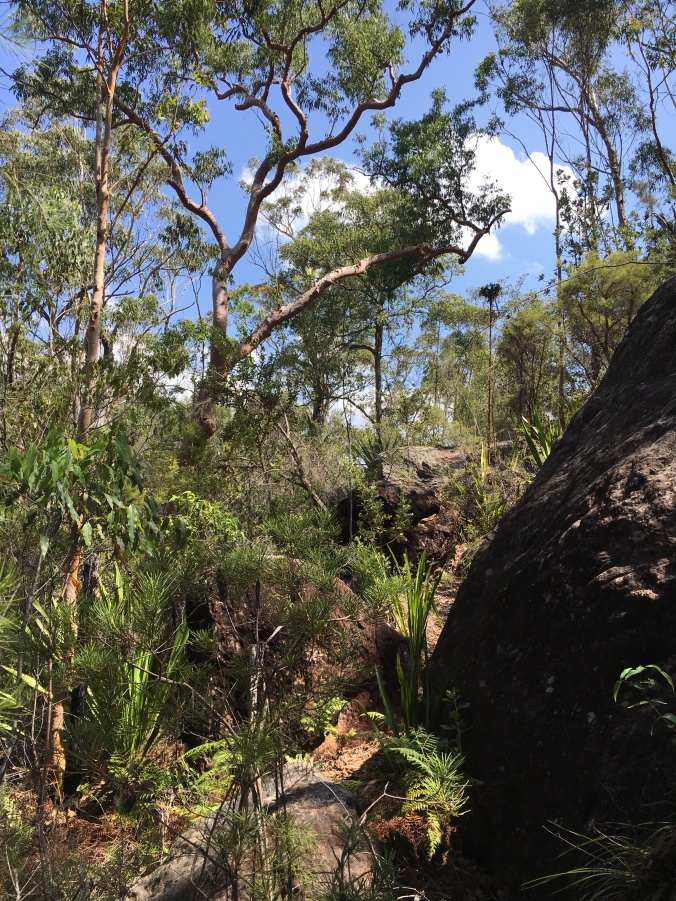 Here the path is weaving its way past another outcropping of rock, and in the top right hand quarter of the shot you can see a flowering plant (though the flower itself has blackened) atop a really long stem. I have referred to these as Triffids (as in John Wyndham’s The Day of the Triffids), ever since the capital works folk planted some on campus and I noticed the flowers outside the window of my thesis supervisor’s second storey office in 2011. (The plant is actually called the Gymea Lily but I like triffid better…) 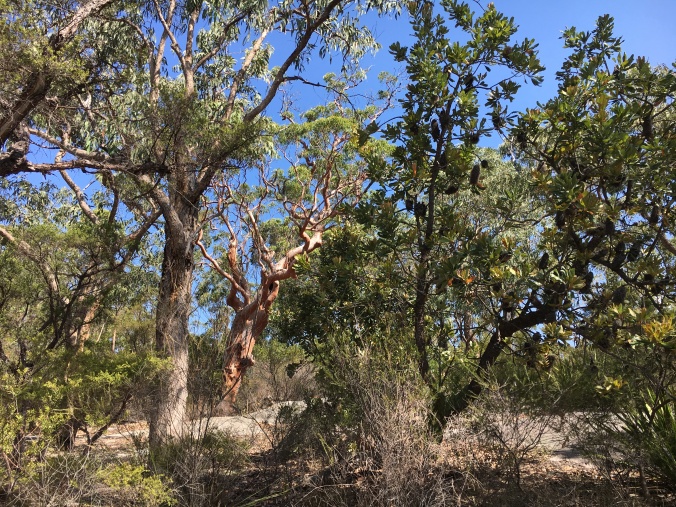 Hitting this ridge was pretty spectacular – I shot some video which I will attempt to upload in my next blog post (when I have a better internet connection than my current mobile hot spot). There was a lovely large rocky platform, making it the second significant rock-platformed ridge-line that the walk traverses. On my next visit I’ll take some lunch and enjoy a little more time on these ridges, which come at approx 1 hr 15 and 2 hrs 20 in a 3 hour walk.

The path descended slowly at first through this rock field…

… And proceeded ever downwards in increasingly steep and chaotic terrain until bringing me back to my car around 40 minutes later. If rock scrambling is your thing, this is the walk for you! 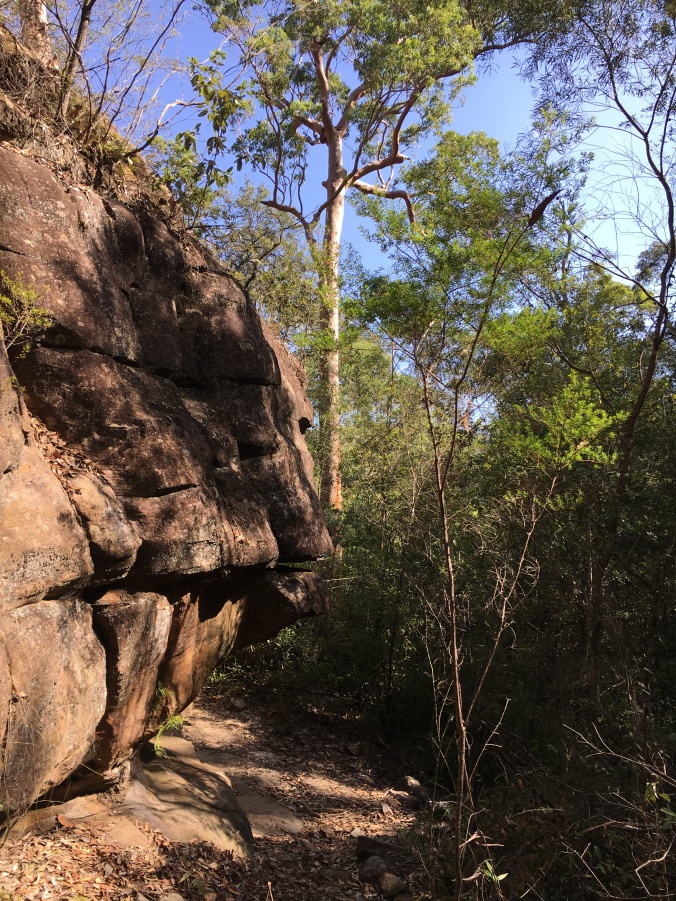 It was a challenging and rewarding walk, one I’ll definitely do again. I didn’t see a single soul in either direction on the entire walk, so it provided a wonderful, if brief, feeling of remote wilderness exploration.

Can’t get enough of these regal giants

I tried to use my macro attachment to get a close up of this little dude’s colours, but I think I must have bumped his web because he got a little freaked out and tapped my camera with his legs. So I backed off and let him be. This will have to do.