I have been hermiting for the past several weeks as I went about the final stages of my 6.5 year PhD candidature journey. Hence the lack of recent posts. About a month before I submitted, I had a visit from my friend Nadine from Germany. I tried to show her as much of these beautiful Blue Mountains as I could during her two week stay. As well as the obligatory visit to the best lookouts and hiking trails, we did an impromptu walk through of my favourite hotel in the mountains, the Hydro Majestic. 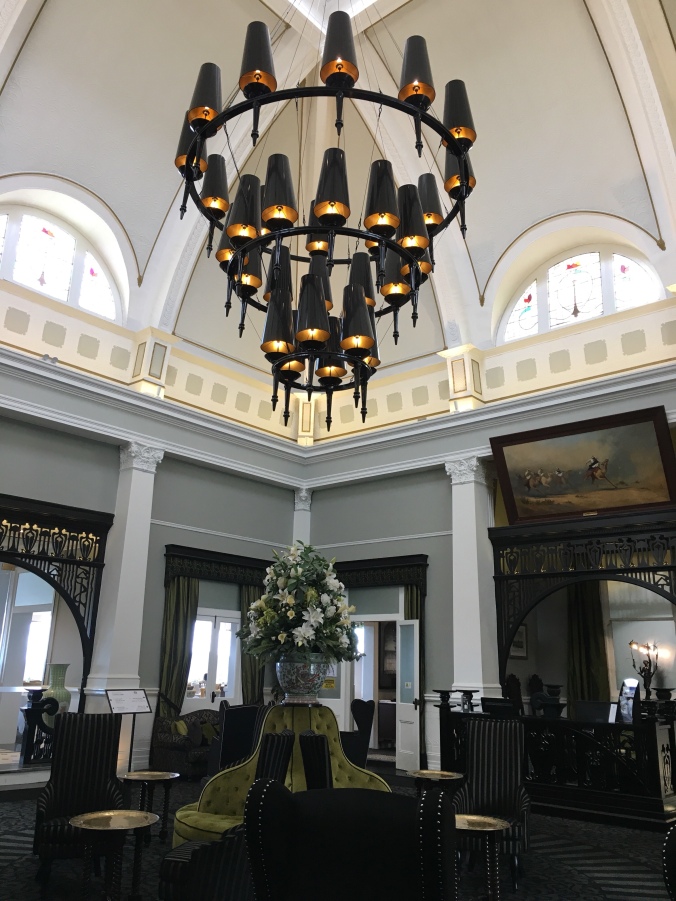 This hotel, with buildings dating back to the 1850s, was first conceived in its current configuration in 1904

The hotel was falling into a state of disrepair by the time I first moved to the mountains in 2001, despite several partial renovations over the years, but – under new ownership – has been fully restored to its original glory over the last 5 years or so 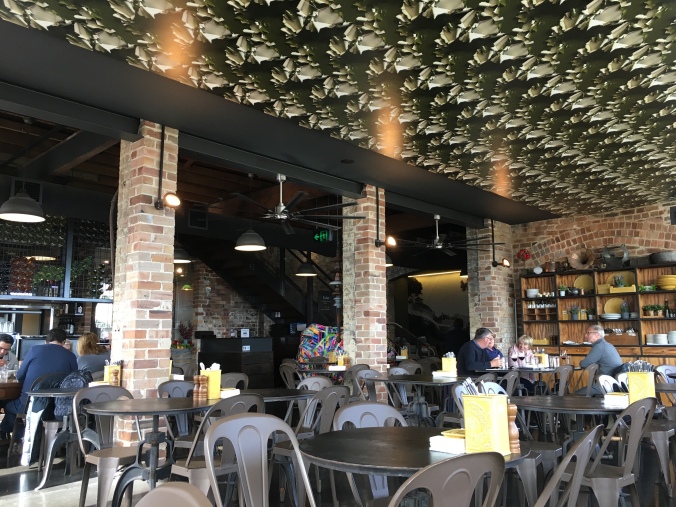 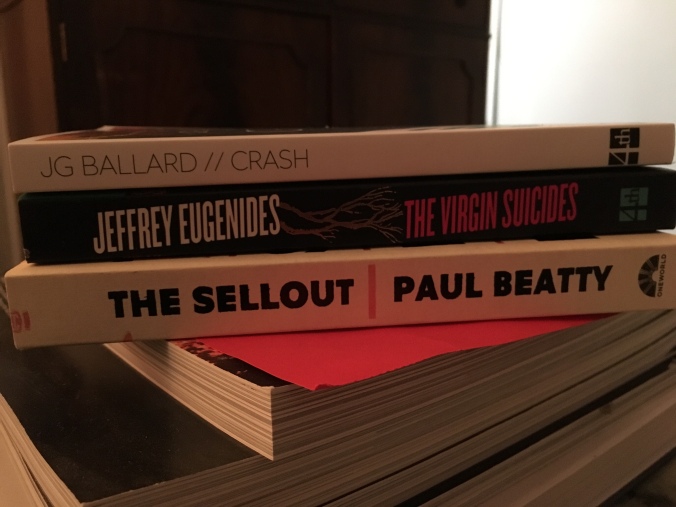 My pre-thesis-submission splurge from Glee Books in Blackheath (yet to read any of these – perhaps once teaching session is over) – I also took Nadine to the sister store in Glebe and she liked it so much she returned there during her last days in Sydney. I gave her Peter Carey’s 30 Days in Sydney as a parting gift – it seemed the appropriate Australian book under the circumstances. 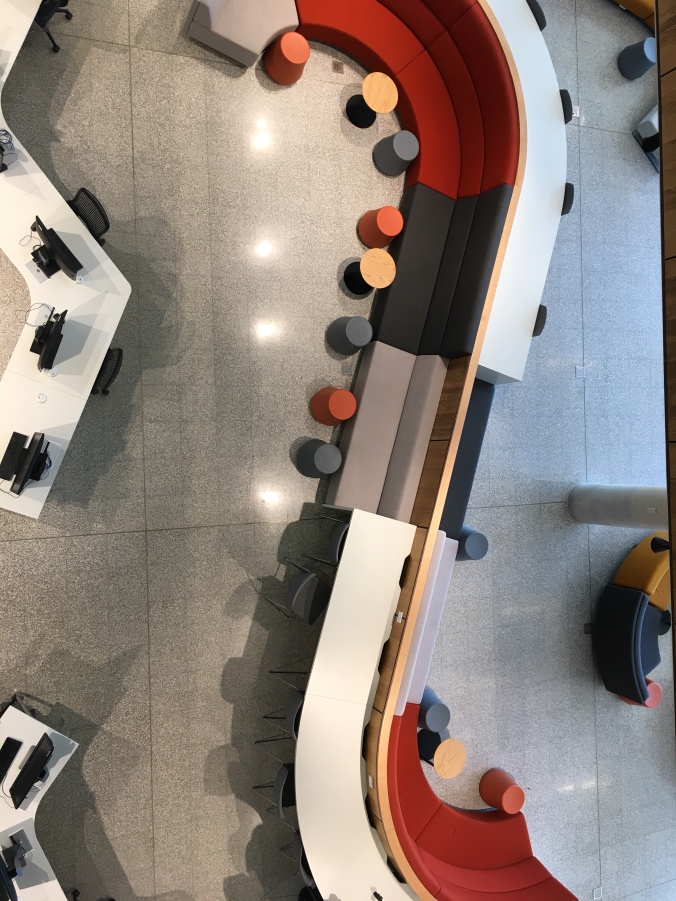 I took her to my favouite campus library – Kingswood campus, Penrith

We walked around Wennie Falls Lake in that late winter sunshine

We also paid a couple of visits to Euroka clearing (accessed via the Glenbrook entrance to the national park), where you are pretty much guaranteed to see kangaroos in the wild. The clearing did not disappoint on either visit. I was a bit worried about this mama, as she let me get unusually close, and her baby was wriggling around in the pouch yet I never saw its head, but she got up and bounded away eventually…

We took a drive to Akuna Bay, West Head, and Barrenjoey Lighthouse on Nadine’s last weekend in Aus 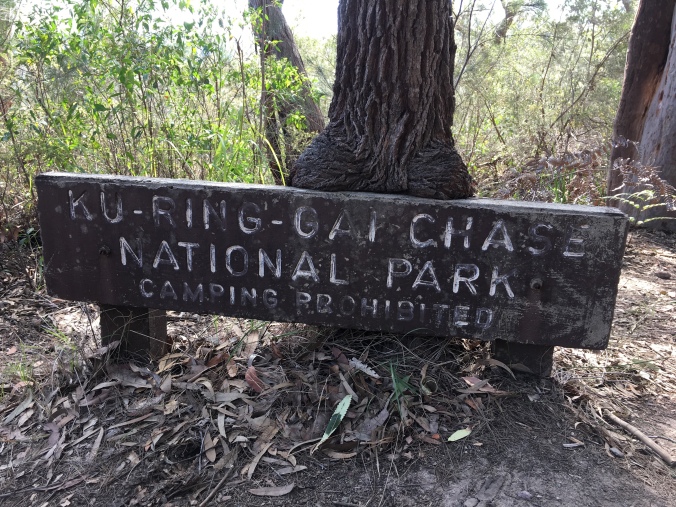 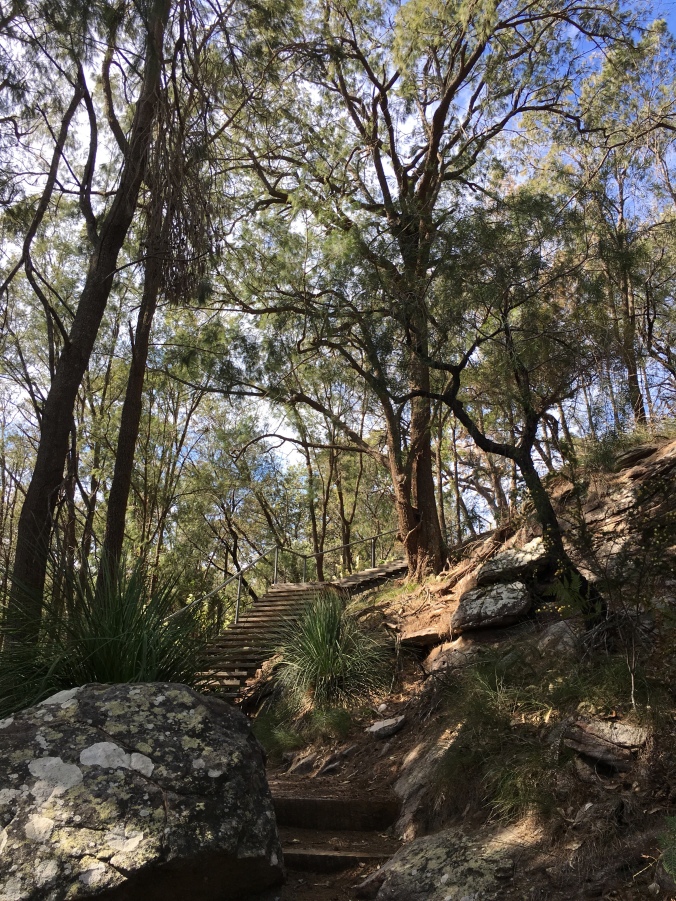 Momentary flashback to my summer of stairs 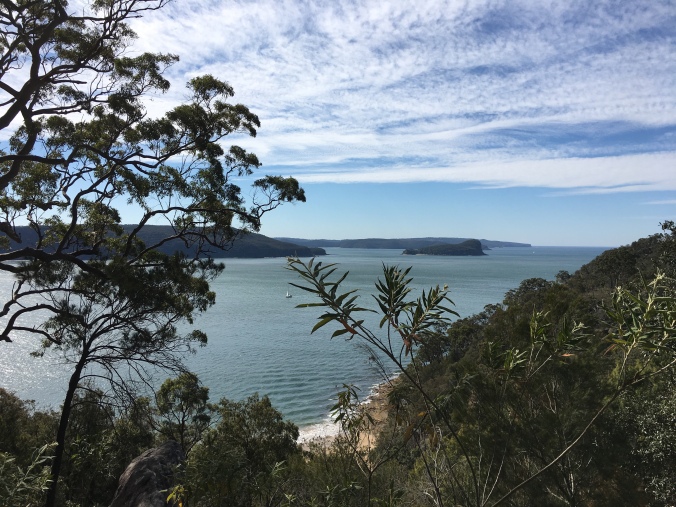 The view to Barrenjoey from West Head 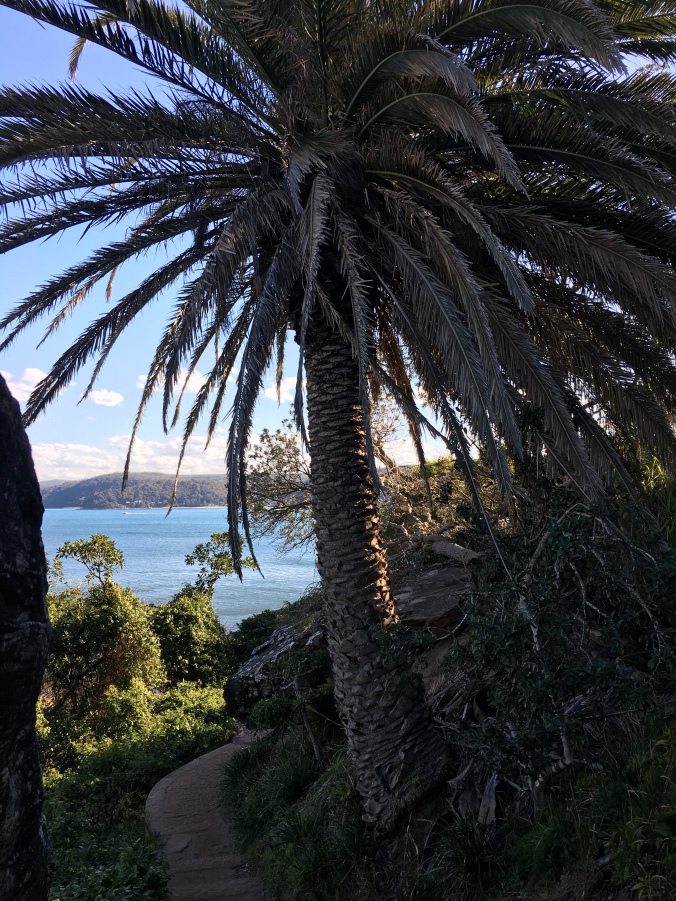 More of the ascent 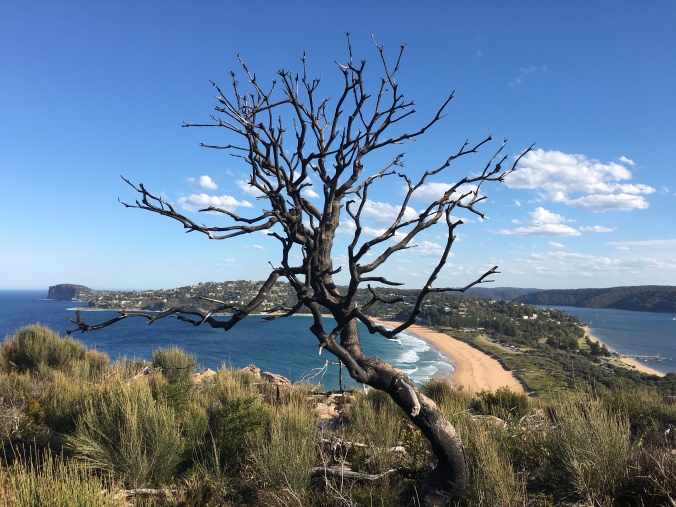 We sat at the summit awhile, hoping for a glimpse of migrating whales, but the white-caps were such that we may have seen hundreds of whales… or none at all…

After Nadine left, I really knuckled down and buried myself for those final two weeks before thesis submission. I have been sitting, on average, for between 14 and 17 hours a day since some time in June, trying to pull this unwieldy thing together. My room turned into a disaster zone, I forgot to eat, and when I did eat, I ate badly (I am still doing this more than I should – groan) … I forgot to exercise, then I didn’t have time to exercise, then I willfully refused to exercise, and on each rare occasion that I happened upon a patch of sunlight, it was like emerging anew from Plato’s cave … but I don’t think I’ve ever been more in love with my project than I was in that last two-three month stretch.

These guys have been my constant companions since 2012 (well, Joyce’s been in the picture since 2010 – but they joined forces when I began my PhD)

I got to the point where I had to undergo a process of re-shelving my reference books several times a day, lest I be buried by the ever-mounting pile right where I slept. I wrote my thesis in bed??? Yep, I sure did. I spent the entire winter recumbent yet mentally alert. I would wake up, pull my computer back onto my lap and away I’d go again…

My attempt at some kind of organisation in the latter stages… My thesis shelf moved, item by item – across the room – taking up residence on this shelf, as close to the bed as possible (for ease of access). The pile to the top left is my post-thesis reward pile… Infinite Jest intended for a spot of light reading at some point down the line. Heh. 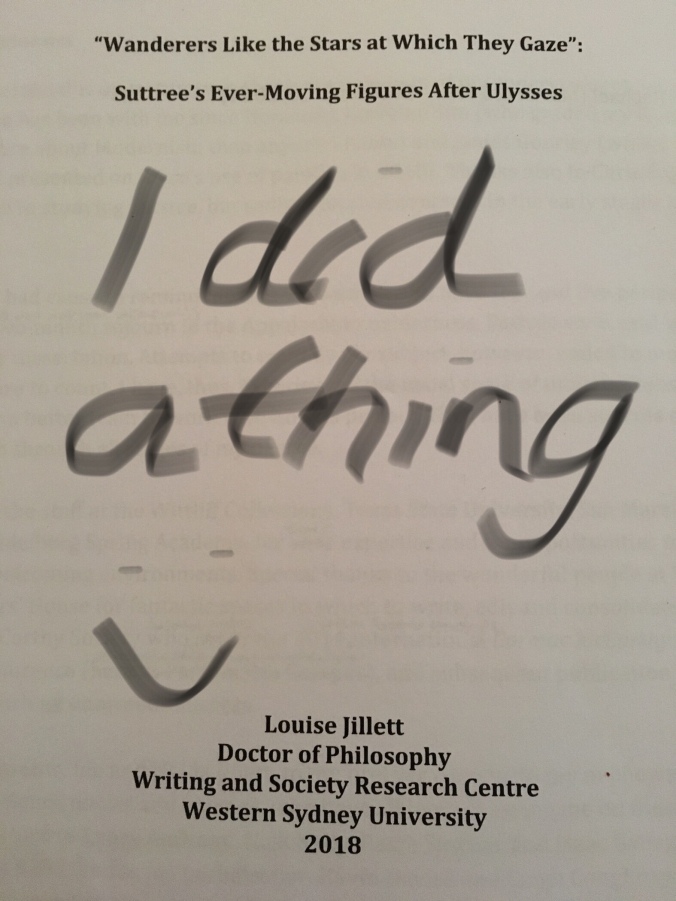 Some late stage version of the title page – for weeks, all you can see is thesis, then all of a sudden, it’s done!

The teaching and marking has taken over my life since submission, but I wouldn’t have it any other way. I have also moved out of my flat and into my mate’s caravan as I prepare to buy and refurb my own van – yep, after a 15 year hiatus, I am returning to van life. Then when I buy land, I’ll have something to live in while I build my tiny house dream. So I’ll be posting pics from that adventure as it unfolds.

My brother and mother converged on me in Lawson for two days last week as Steve is in the process of moving from QLD to Tas for a few months with the folks. 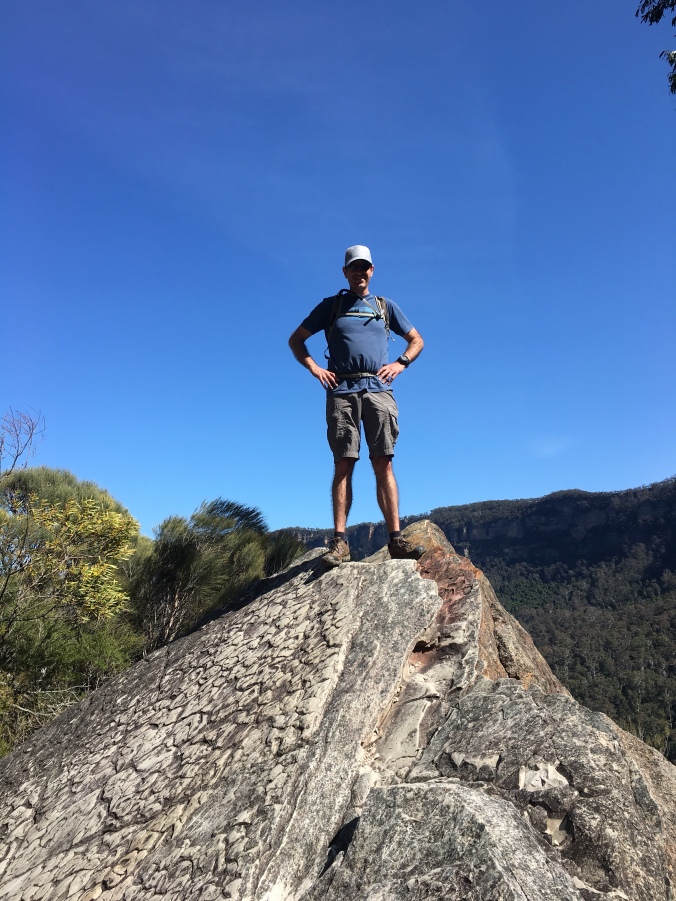 I took Steve on one of my favourite walks, from the Leura Cascades to the Golden Staircase via the Federal pass (including crossing the landslide)

I’ve posted numerous pics from this section of trail over the last couple of years, so I won’t bombard you with more of the same, but here are a couple of us goofing off on this graffitioso’d piece of weatherworn rock

I’m currently house-sitting for friends in Eastwood (pics of the furries to come), with plans to finally pick up where I left off with the Parramatta River walk (as part of my larger plan to walk all of coastal Sydney). I am once again a wanderer with no fixed address. Life is good.

As a reward for submitting on time (with 1.5 hours to spare – I’d like to call it planning, but I think you end up just doing the best you can with the time you have), I bought myself a big bottle of Bloody Shiraz gin. I hereby dub this my summer of freedom. Cheers!