Currently reading: Jeff Greenwald – Shopping for Buddhas (still) | René Taton and Curtis Wilson (Eds.) – The General History of Astronomy Vol. 2: Planetary Astronomy from the Renaissance to the rise of Astrophysics (dabbling for thesis) | Sir Isaac Newton – Opticks | David Foster Wallace – Infinite Jest (this one could take a while…)

I decided it was time to finally brave the North Hazelbrook trails again (after my last attempt resulted in a broken wrist), given that they are walking distance from home. It was shaping up to be another hot day and this walk provides lovely shade pretty much the whole way.

I started off at the Burgess Falls entrance on Clear View Parade, but soon came to a creek crossing that involved uneven mossy rocks. As that was the cause of my last (two) mishaps, I turned back at this point and decided to attempt entry from the other side. Not my most courageous moment, but I later found the trail that took me to all three falls (plus a bonus unlisted fall called Glow Worm Nook) with all my bones intact, so I am counting it as a win. 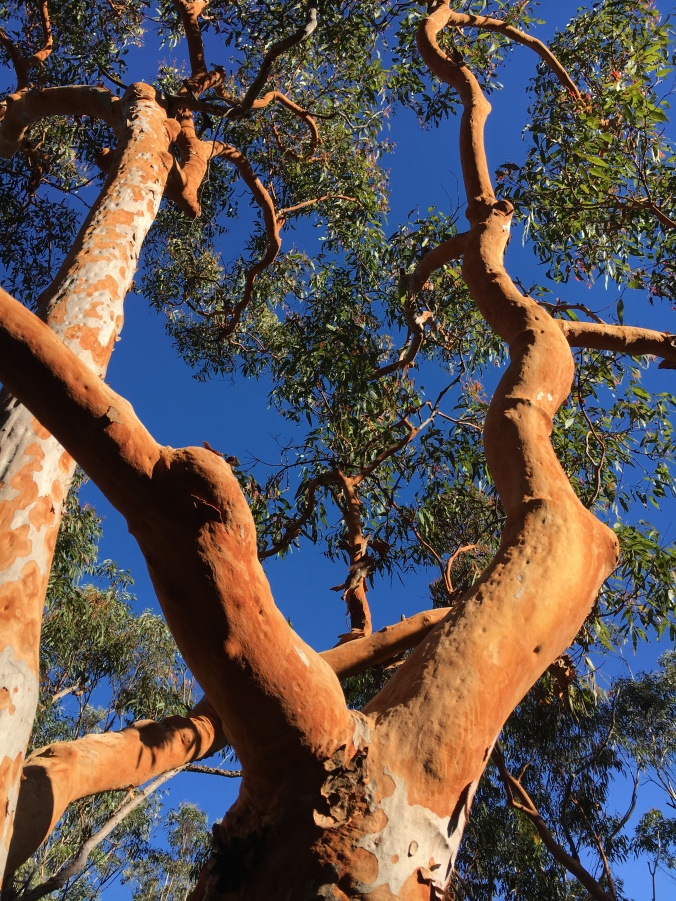 The bark on some of these trees was dazzling 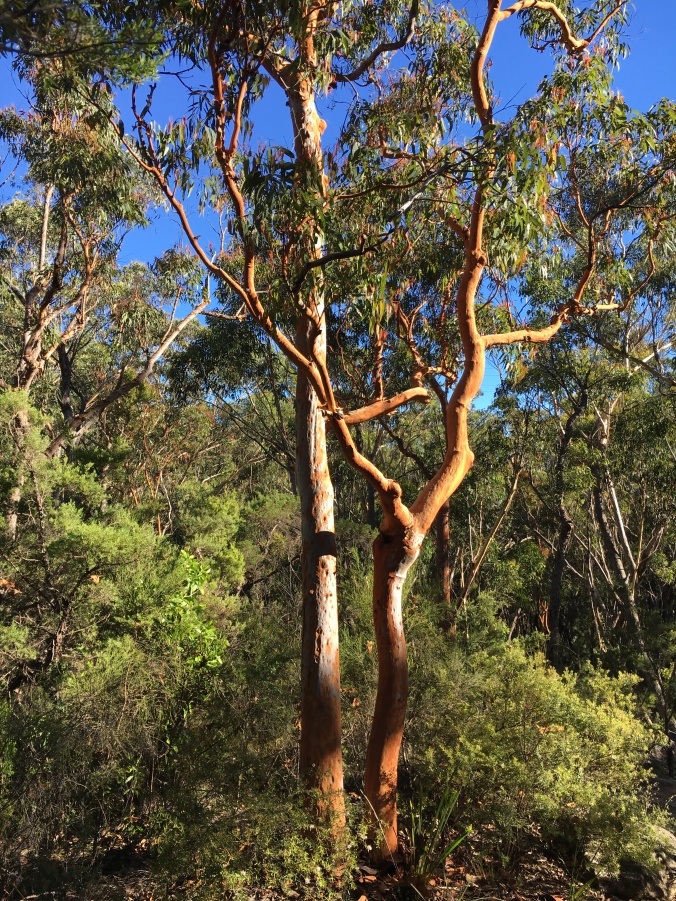 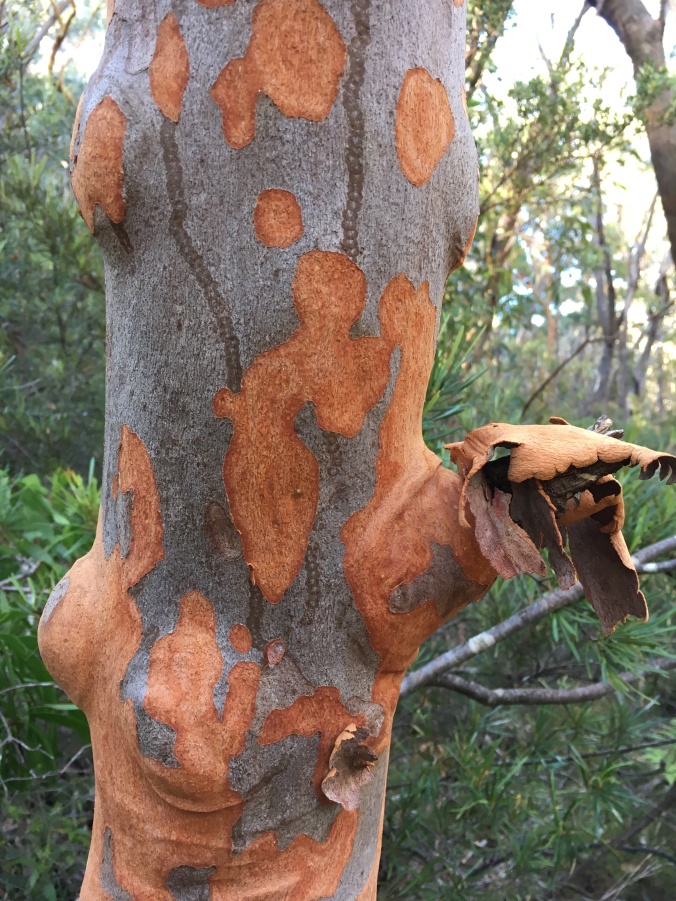 I think I’m going to try and paint this one

I drove the backstreets of Hazelbrook until I found myself at Oaklands Road, and discovered that the fire trail I took when I first went looking for the falls last August was less than 50 metres from the entrance to the Falls Reserve. The ferns have grown up a little, which explains why I didn’t see the sign on my earlier visit, but the path is very clearly marked once you are on it. I shake my head to think that I could have avoided my fall had I just walked a few more metres up the road. Oh well, live and learn… 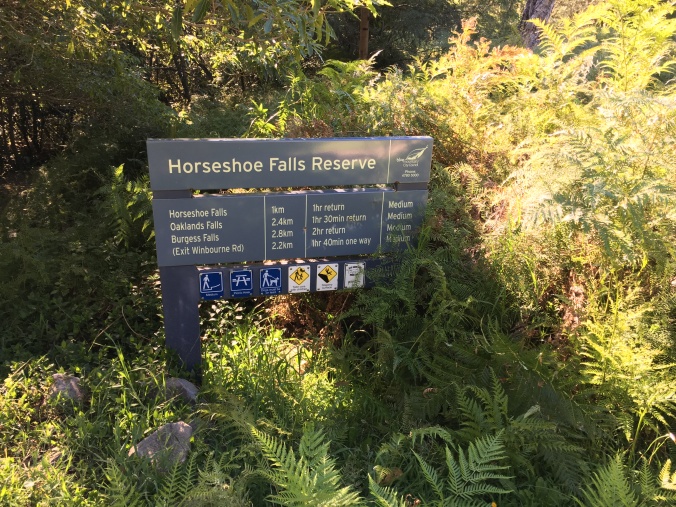 As is characteristic, the sign’s two hour estimate is very generous. The walk to all three falls (plus Glow Worm Nook), took just under an hour. This included an unplanned detour out the other side of Horseshoe Falls which (via circuitous route and some upward scrambling), brought me out on one of the fire trails I was familiar with from my hike in August. Last time I wandered that way, it was the middle of winter, I was wet through from my fall in the creek and I was nursing a very sore and rather unsightly broken bone. I was quite pleased, on that occasion, to greet the emergency services police rescue vehicle and ambulance that met me on Oaklands Rd (but increasingly embarrassed as a further two police cars and another ambulance converged on the scene – it was just a broken wrist people!)

The walk is clearly and frequently signposted… 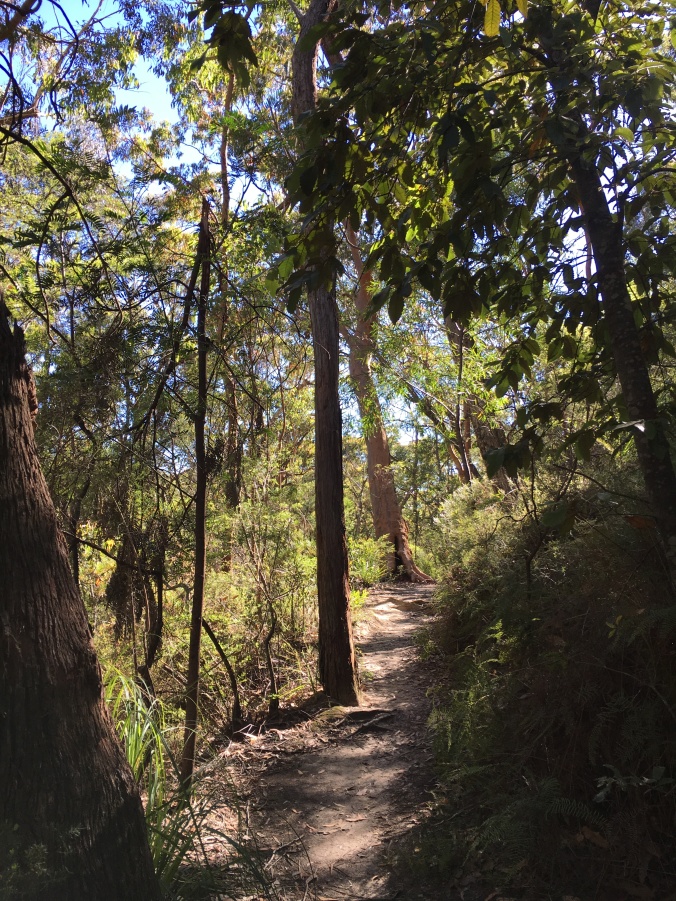 The section to Horseshoe Falls is particularly well maintained

Beyond these first falls, as I made my way towards Oaklands, I came to three forks in the path. I took the right fork each time but would like to explore these alternate routes, because the one I took on my return brought me to the lovely Glow Worm Nook, which leaves me wondering what other treasures the reserve has yet to reveal…

Some of the steps down to Oaklands Falls are decidedly less manicured – this one was half my height (!) I took the lower path to Burgess from Oaklands Falls, which saw me doing the limbo under two quite significant fallen trees. The return via the higher path presented no such obstacles

A lovely little sanctuary for the birds 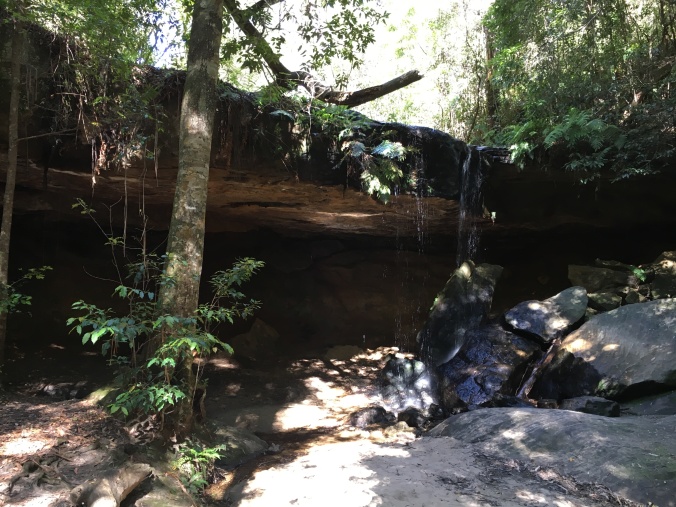 Oaklands Falls – not much flow at any of the falls, sadly. None of the photos I took of the falls themselves really did them justice. I look forward to seeing them after a good season of rain

The reserve is very pretty and is about a 15 minute walk from my house, so I look forward to familiarising myself with the plethora of side trails and other deviations the circuit has to offer.