I thought I’d hiked all the trails in the Leura Cascades area, but was pleasantly surprised to discover the Ampthitheatre track on yesterday’s romp. Despite Sonia Overall’s advice to never take the left fork (in the poem “mappa mundi”, quoted in my last post), the signage for the right-hand track was no longer existent and the left-hand track read “Cliff Drive via Fern Bower – rough track – experienced hikers only.” Sounded like fun.

After following the course of the Leura Cascades, you come out at the top of Bridal Veil Falls

It was straight down from the first step, so I had some initial doubts about my choice, but told myself to harden up. It is, after all, my summer of stairs. Any lingering reservations were swept away when I arrived at the base of Bridal Veil Falls. 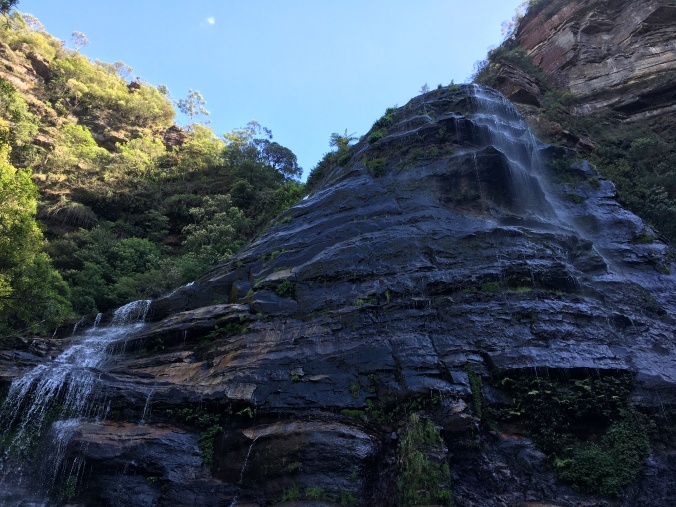 Imagine these falls during a season of heavy rain… 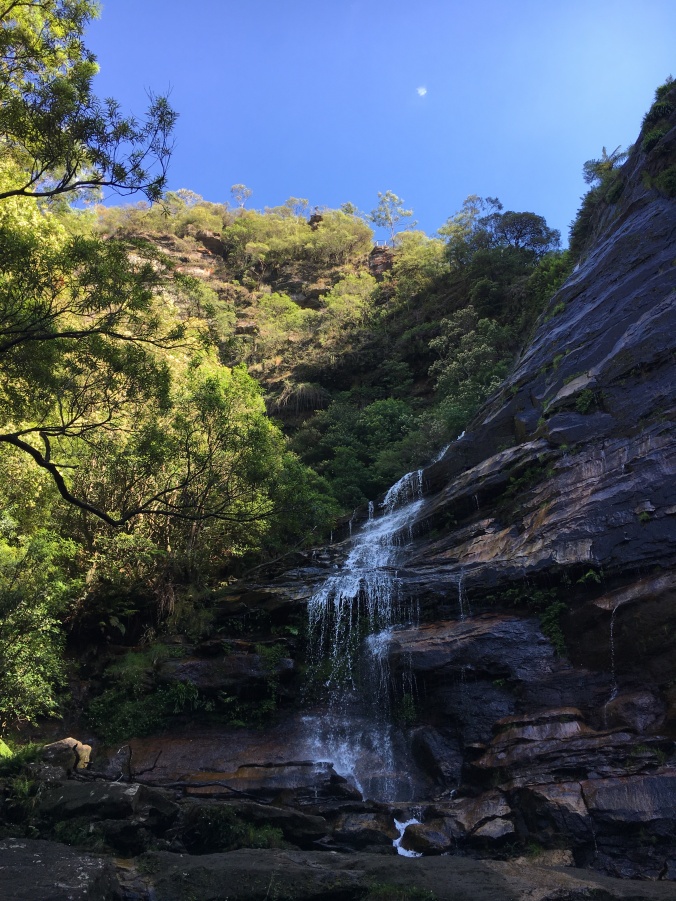 Base of Bridal Veil Falls – if you look closely at the ridge line, you can see the rail marking the viewing platform which overlooks the falls from above

As I walked further into the valley, I discovered that Leura has it’s own escarpment trail, much like the National Pass in Wentworth Falls (which is now closed, along with the Wentworth Pass, and the Eastern access to Roberts Pass, after the recent fatal rockfall in the area). 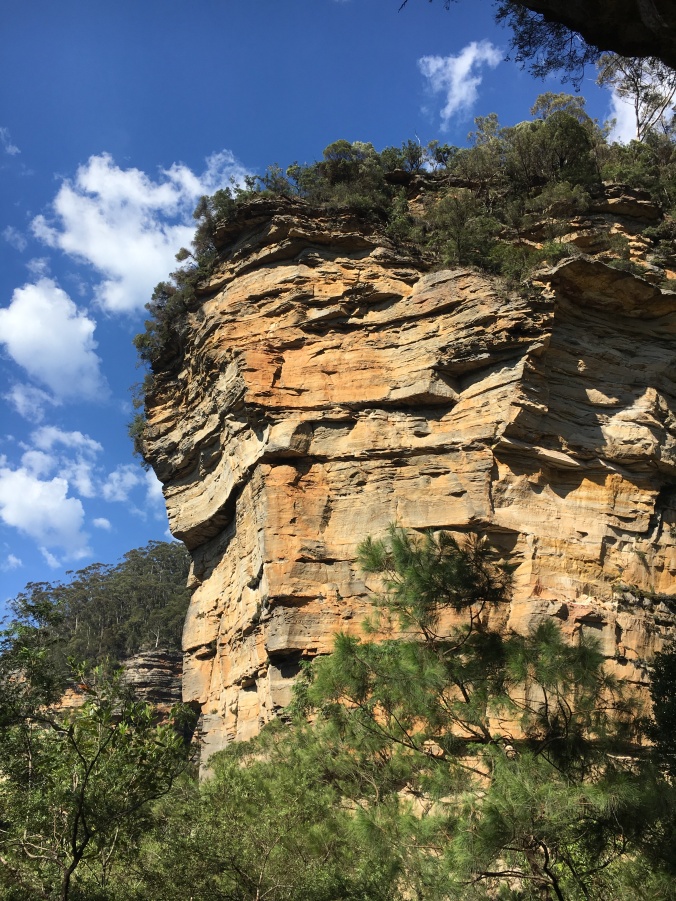 Rock faces of every shape and colour… 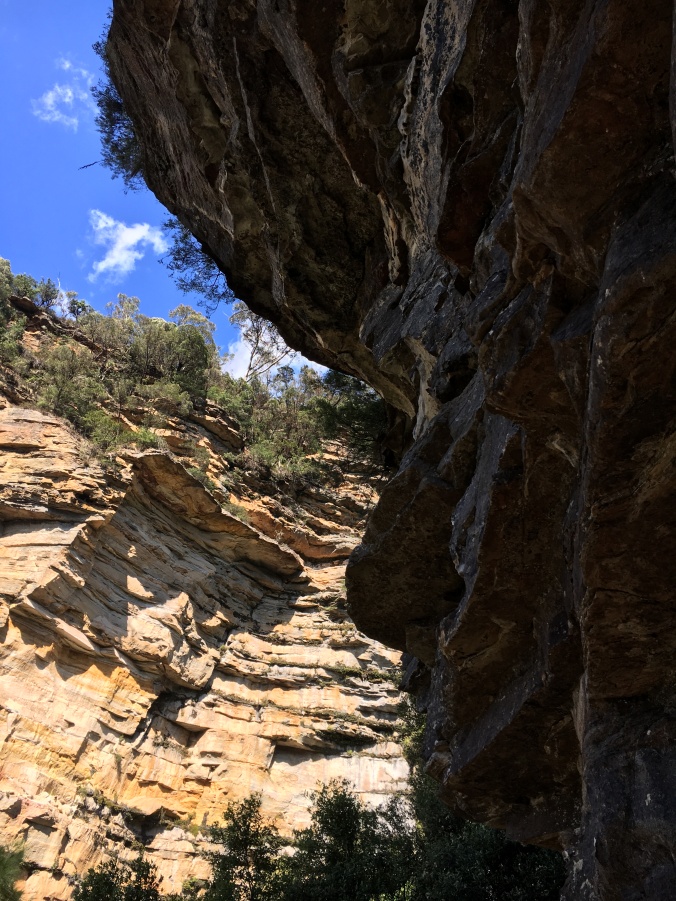 … and faces in the stone

Escarpment with a view

The day was heating up already by this stage

At one point, I was encircled by a horseshoe shaped ring of cliffs, with the towering tops leaning in to whisper their secrets above me. You know you’re on the Amphitheatre Track before you see the sign.

Ascending from the Fern Bower 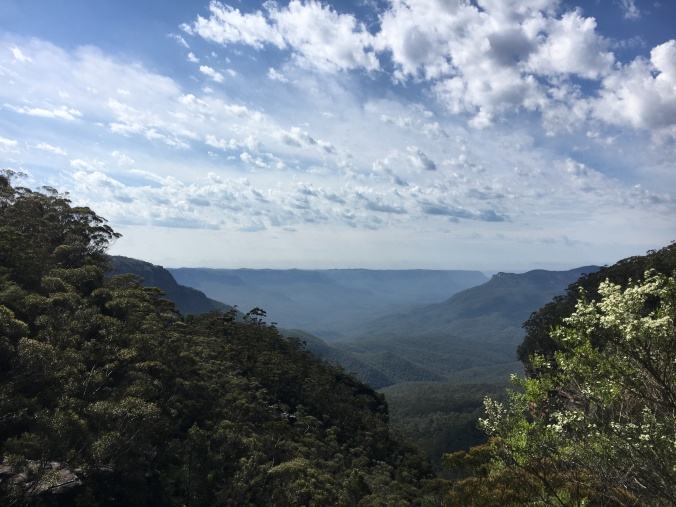 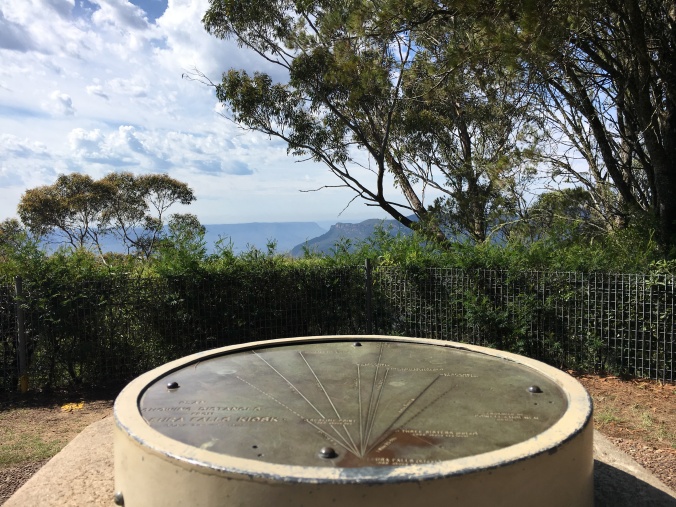 A couple of quick pics from some other walks in the area over the weekend: 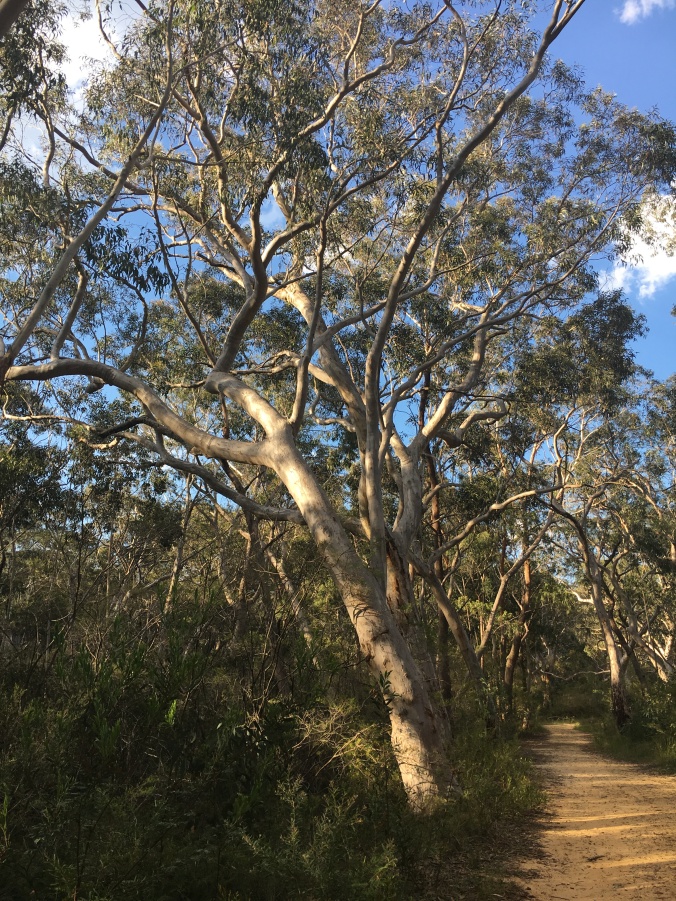 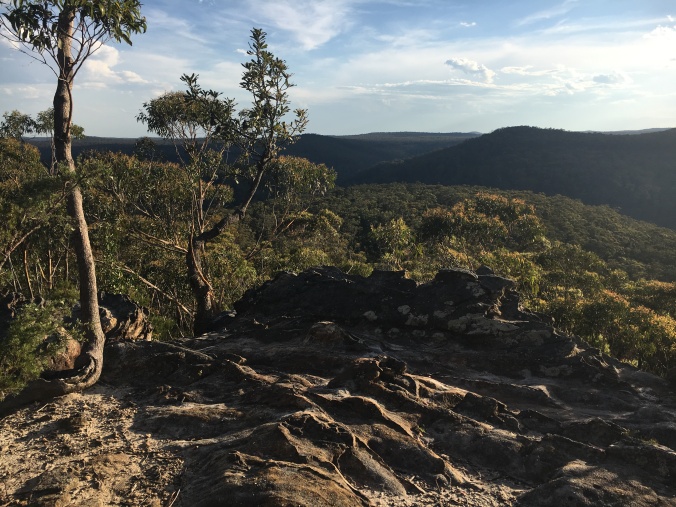 Adam’s lookout – view from the top

Overcliff track – gets muddy in parts…

A pretty poor effort all told. I didn’t even average one a week this year. I got off to a slow start, working 6 day weeks on the peach farm through Jan and Feb, so had no energy left by end of day to read anything until after the season was over. Then I started a whole plethora of books through March and April, but nothing was really grabbing my attention. I commenced full time work in May, relegating reading to the evening hours. Once semester started in July, I rarely had time to read beyond whatever I was teaching, and though I have made a solid effort to make up for lost time in the weeks since teaching ended, I will be lucky to hit 40 for the year.

I managed to refrain from reading hiking memoirs for the first half of the year, but they started to creep in again by about August (especially after I broke my wrist, putting me out of action for several weeks). I know it sounds ludicrous to stop hiking due to a broken wrist, but when you’ve broken two in the space of 15 months, you become very wary of sustaining further injury. I wanted to make sure I could weight-bear on that wrist before I risked falling again. All is now well, and I’ve been hitting the trails daily.

Next year I’m setting the goal of at least a book a week, which will be a tough challenge given that my thesis is due in July, but I think it will keep me motivated to have books on the side. Another potential impediment to the goal is the fact that I plan to read Infinite Jest with a friend next year, which is a major undertaking in itself. I’ve suggested, though, that we don’t put too much pressure on ourselves in terms of deadlines on that one. I want it to be a fun experience. Which does not mean I don’t intend to analyse the hell out of that book (and all 388 of its endnotes)!

I’ll be taking first semester off teaching in 2018, but am hoping to pick up some tutes again in Spring, which, as mentioned above, always slows my extracurricular reading down. Then I am planning on hiking in Nepal for a month through Nov/Dec, so don’t imagine I’ll be super keen to carry any books apart from my journal on that adventure. Despite all of these other signs of my having a life beyond my library, I hope to have a more productive reading year than I’ve had in 2017. No doubt there will be an increasing number of Himalayan memoirs dotting the list as the year wears on. Welcoming recommendations. I’ll be hiking my local trails and will continue to write about all things reading and hiking related here on the blog.

Have a fantastic holiday season, however you celebrate it.

Instilling a Sense of Wanderlust