I was thwarted at the base of Katahdin by the logistical nightmare of an overbooked carpark in a designated wilderness area. And here I thought I was being super organised driving up to the park the day before I planned to climb to register my next day’s hike. Essentially, without a carpark reservation (made well in advance of your intended summit date), you cannot gain access to the mountain. Thru-hikers can walk into the park and camp unhindered at the base of the mountain, but you have to have hiked at least the 100 mile wilderness to qualify as a long distance hiker. Unfortunately my 600 miles did not count for much when I arrived in luxurious air-conditioned vehicular comfort 😊. Mountain Goat, the Australian hiker I’d met back in Virginia, tells me it will be more epic for having hiked the necessary miles leading up to the summit (when that day comes). I daresay she is right.

The mountain looked beautiful from a distance: 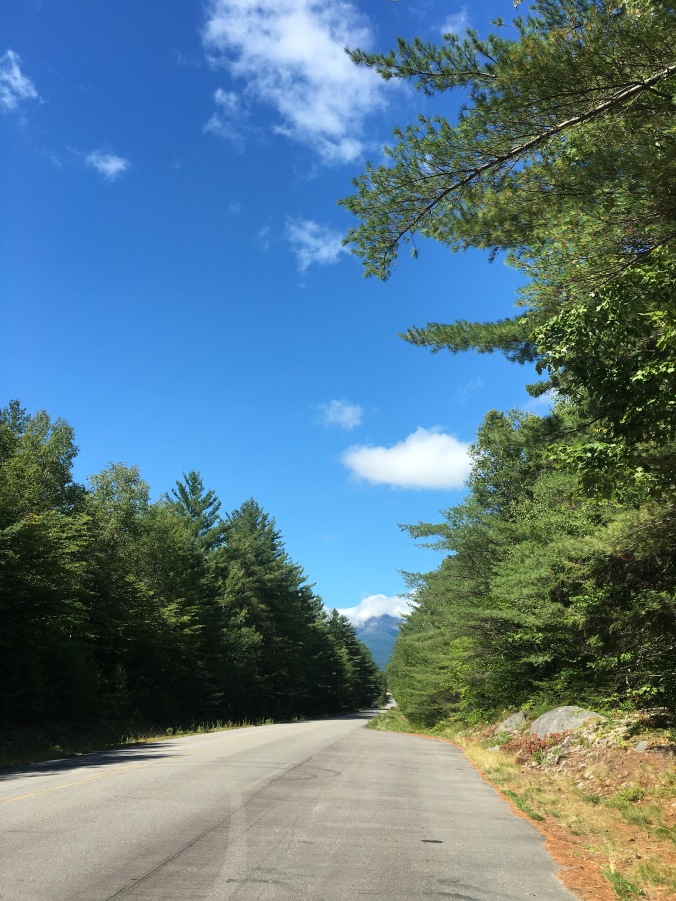 In lieu of Katahdin, I drove to Caratunk where I finally got to catch up with Junco, who was with me the day I fell. 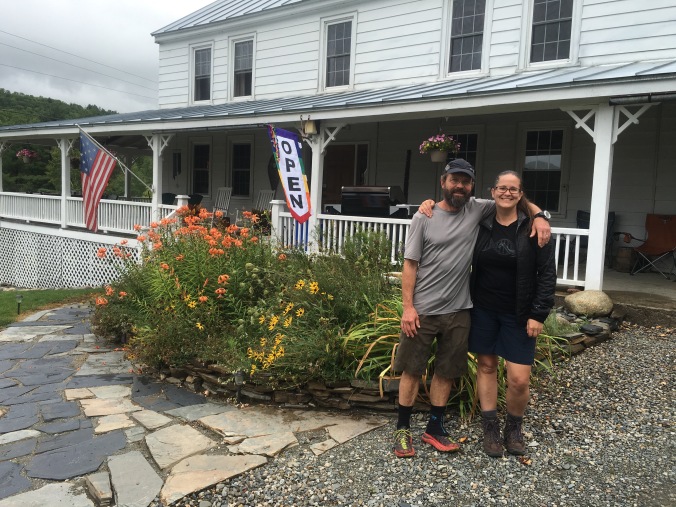 Junco and me at the Sterling Inn

We stayed at the Sterling Inn just out of Caratunk, drove down to Bingham for resupply, delicious icecream and ridiculously oversized meals, then spent the evening drinking blueberry ale on the porch. 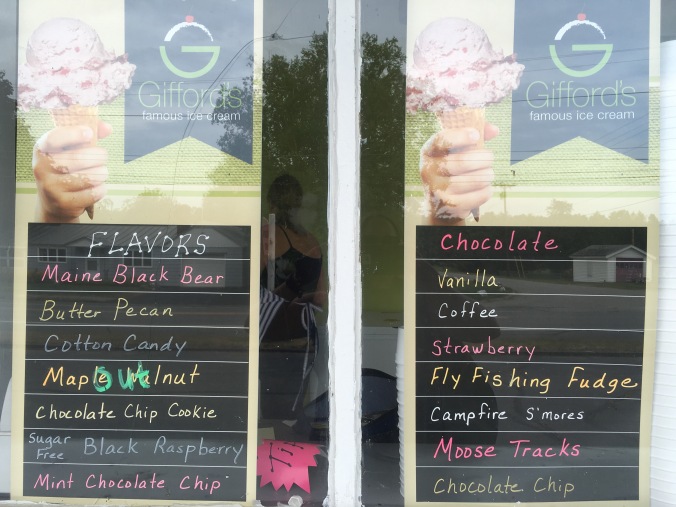 I tried the Maine Black Bear and the Fly Fishing Fudge. The icecream counter was actually closed on the day we rolled into town but the owners were so lovely. They saw how dejected we looked when we realised they didn’t open Tuesdays that they walked over from their house and opened up just to serve us (and some other people who turned up while we were there). 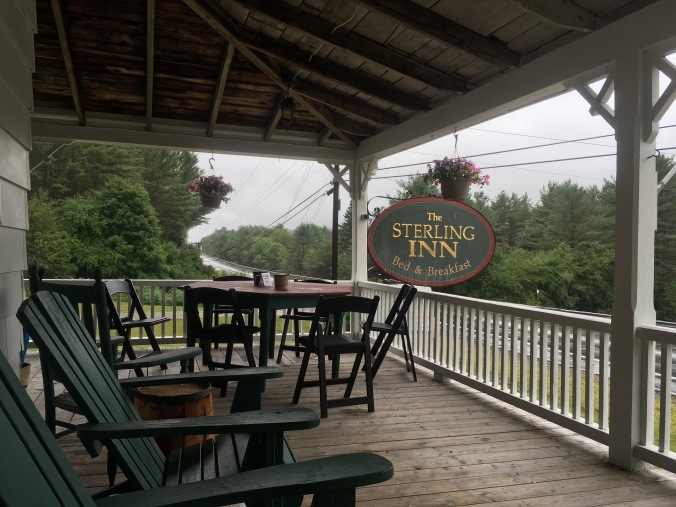 After waiting for the rain to stop the next morning (around 10am, giving me a chance to finish the book I was reading), I joined Junco for the six mile stretch from Caratunk to Pleasant Pond (returning to my car for a decent 12 mile day). 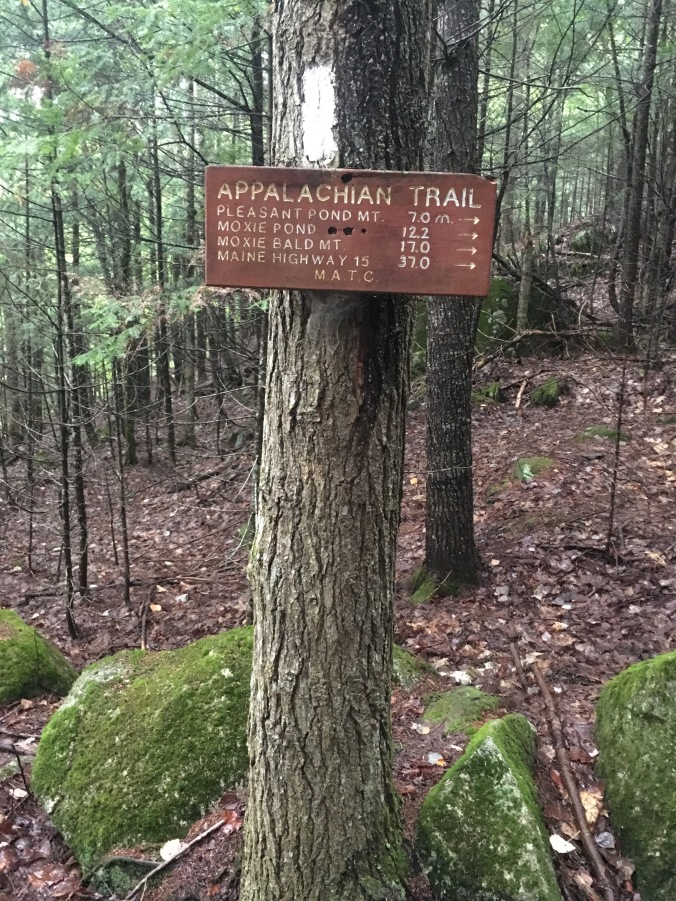 Back on the trail for a brief moment! 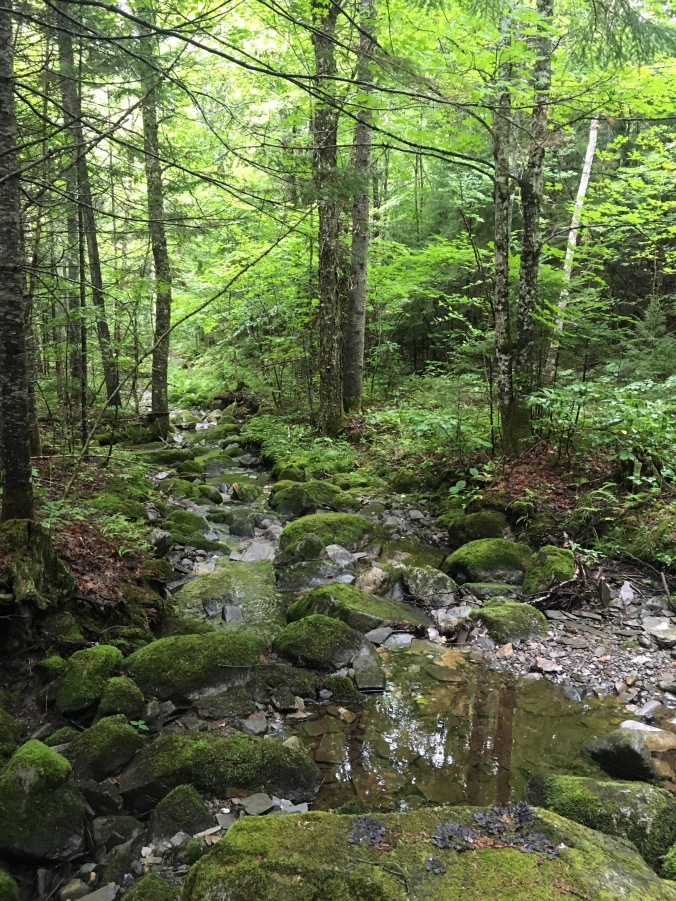 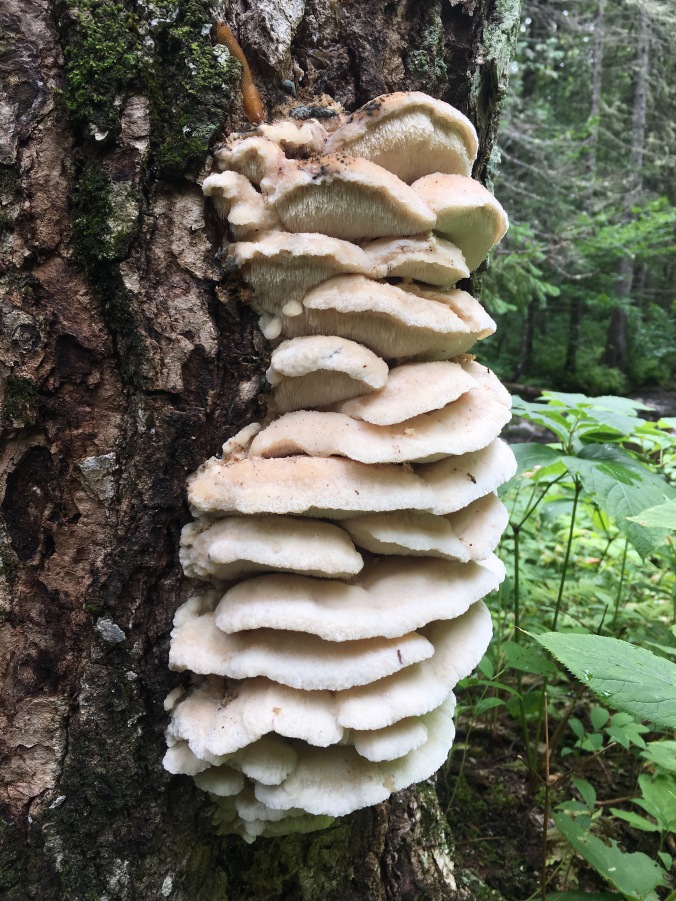 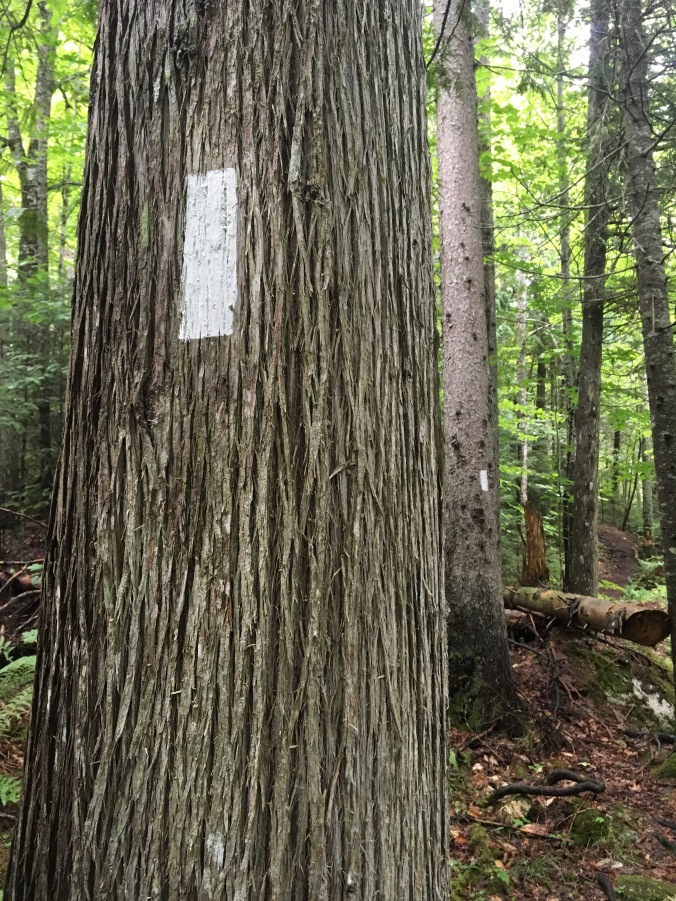 Junco taught me how to identify (and the differences between) the Balsam Fir, Hemlock, Red Spruce and White Cedar. This is the beautiful bark of the White Cedar) 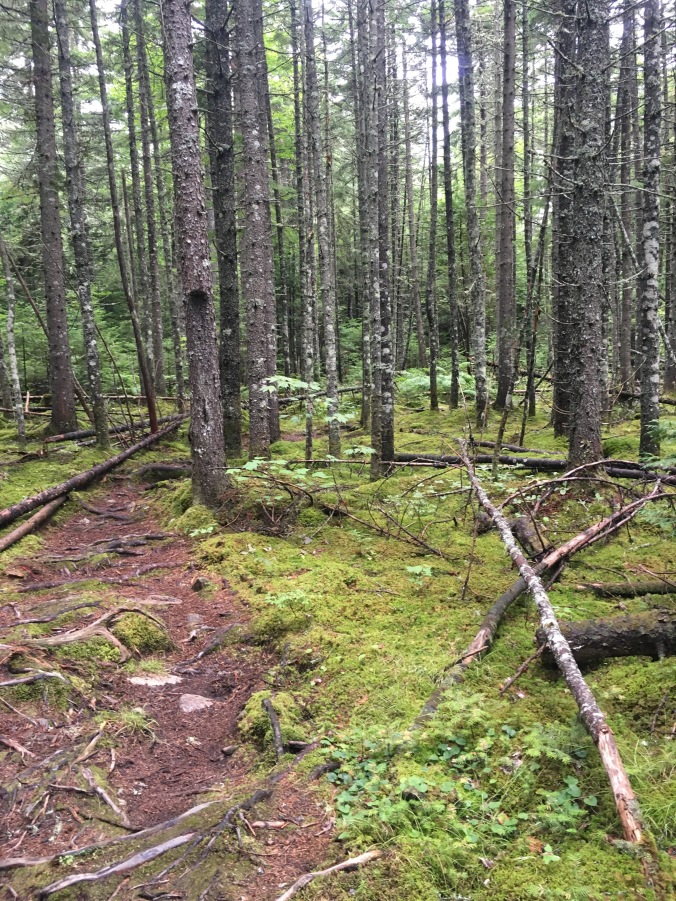 Pleasant Pond lived up to its name. We sat on this wooden pier and had our lunch before each going our separate ways: 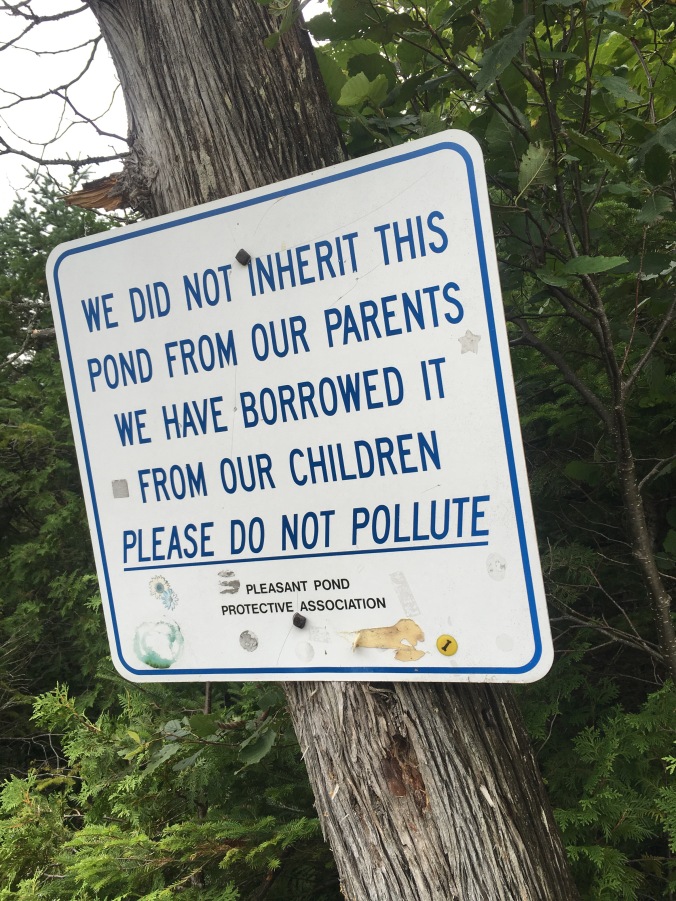 The morning’s hike had been a gentle climb, making for an easy six mile return. After three days of rain, the sun came out while I was making my way back to the car, bathing the forest in late afternoon light. 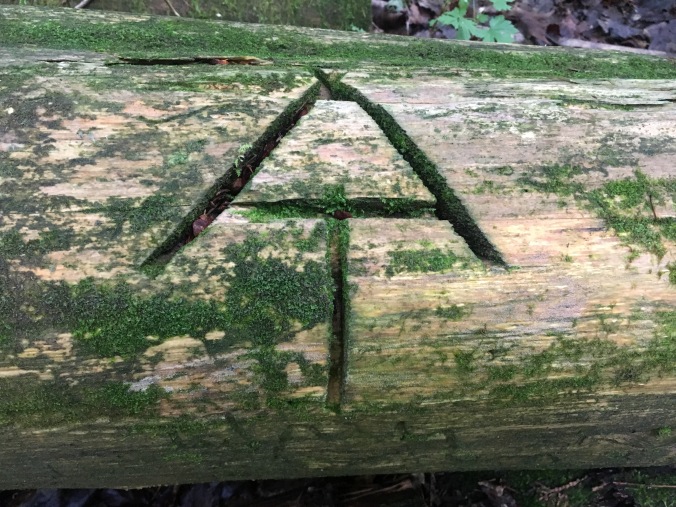 I bid Maine and the Kennebec farewell and headed west towards New Hampshire. 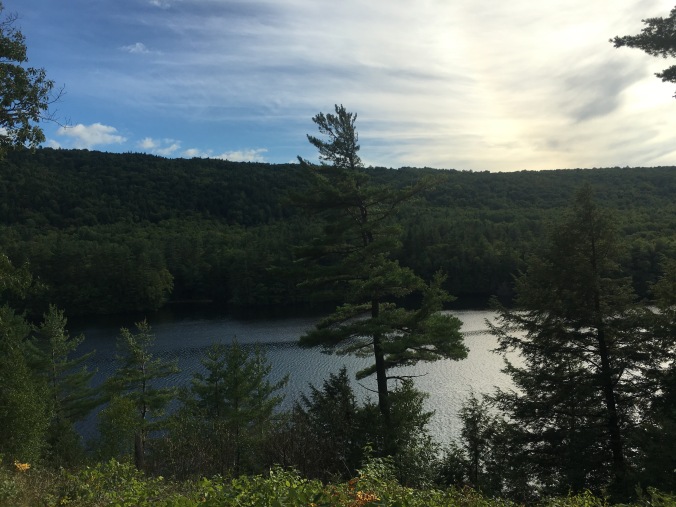 I spent the night in this sweet little Inn in Bethel, just shy of the New Hampshire border.

I breakfasted in Gorham before driving through the Whites towards Hanover, where I had plans to hike with Mountain Goat. I put in a solid effort but I swear there was as much food left on the plate when I was done as there was when I started… 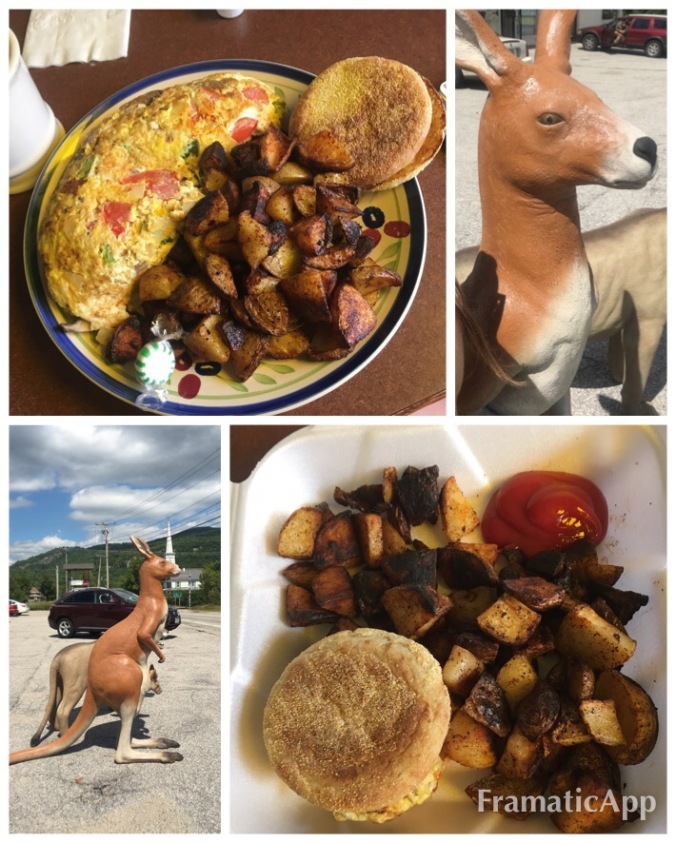 Also, Gorham had a kangaroo…

My first stop, after departing Gorham was the Mt Washington Auto Road, the single most  terrifying section of road I have ever driven… 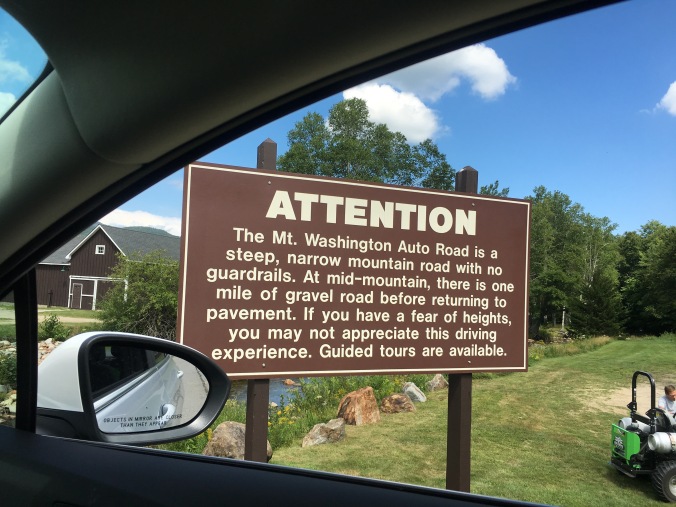 I should have heeded this sign. I white-knuckled the steering wheel the whole time I was on the mountain. [*Language warning] My instagram post for this photo read: “When they wrote this warning, they were not fucking around… Seriously. #mtwashington #newhampshire #wanderlust #drivingonthewrongsideoftheroadishardenough #wherestheguardrail #holyshit that was terrifying #kissthegroundiwalkon.”

The view from the top was less than fabulous:

I risked my life for this haha (delirium ensues)

But the landscape revealed itself in increments as you descended out of the cloud. 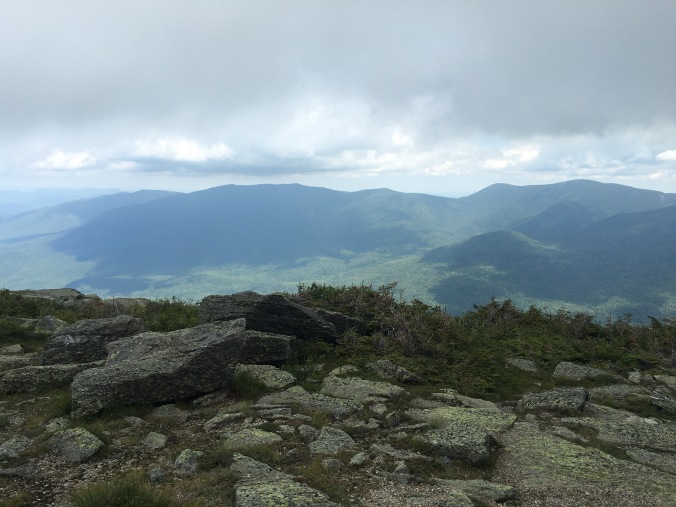 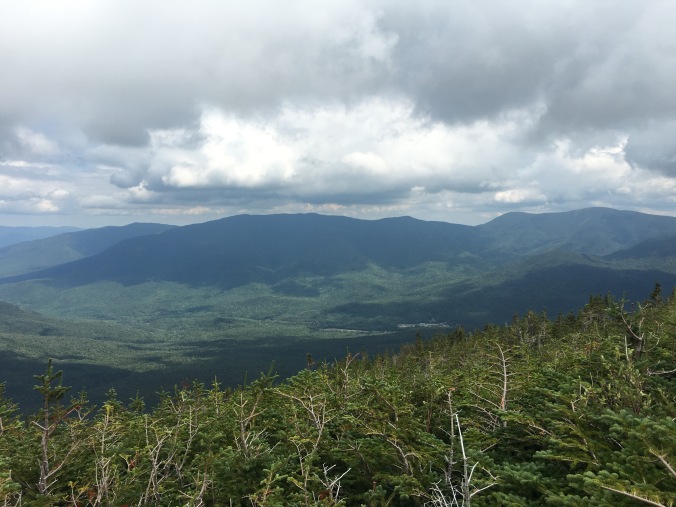 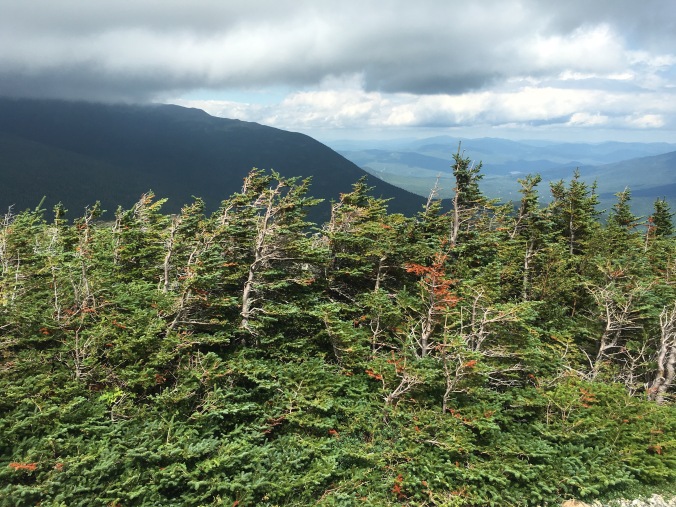 I found the spot where the A.T. crosses the auto-road: 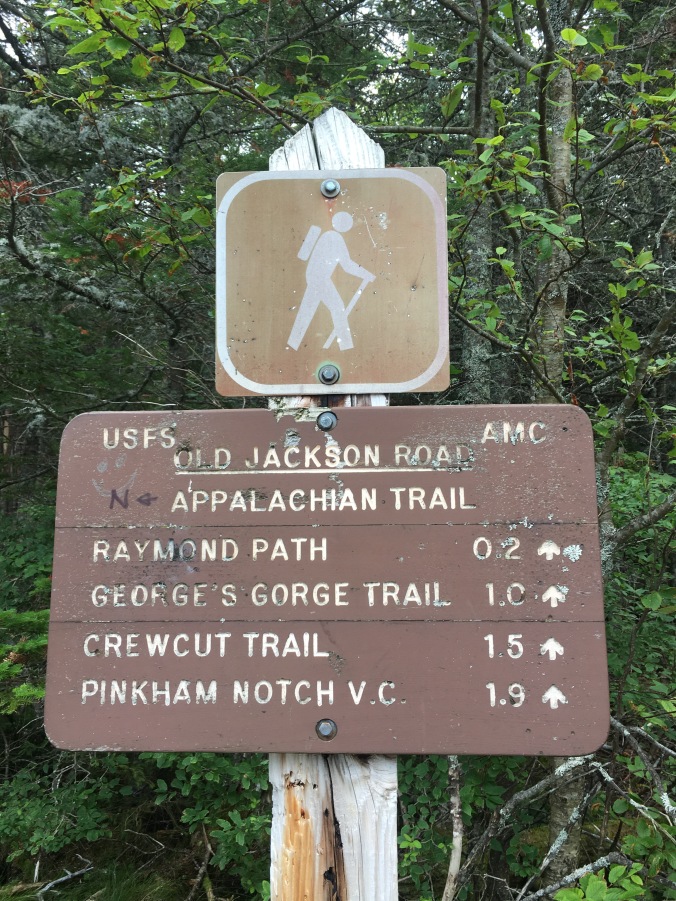 I got out of my car and walked around for awhile both here at the intersection of road and trail, then again at the bottom of the mountain, just to appreciate the feel of the earth beneath my feet. 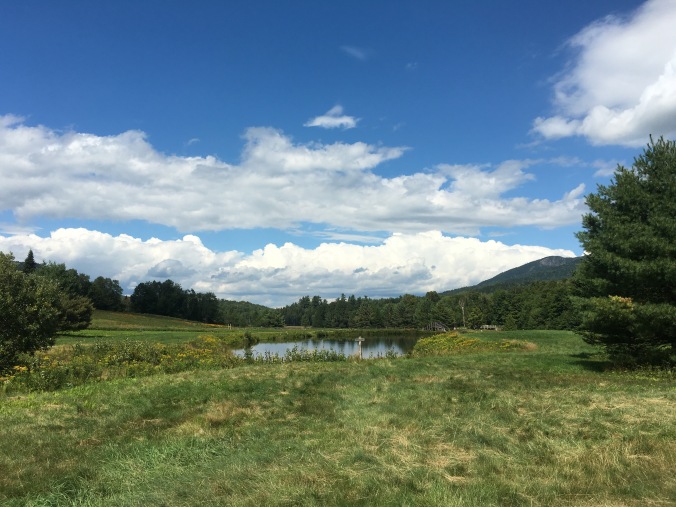 After leaving Mt Washington behind I drove the scenic byway through the White Mountain National Forest, stopping for occasional walks. It was stunning country. 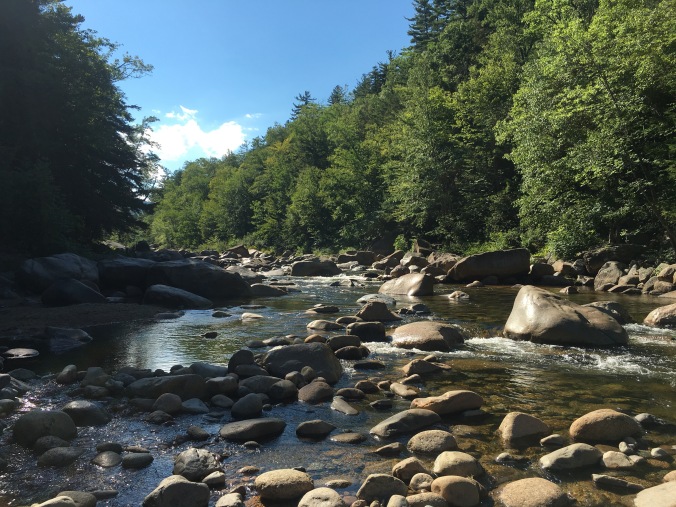 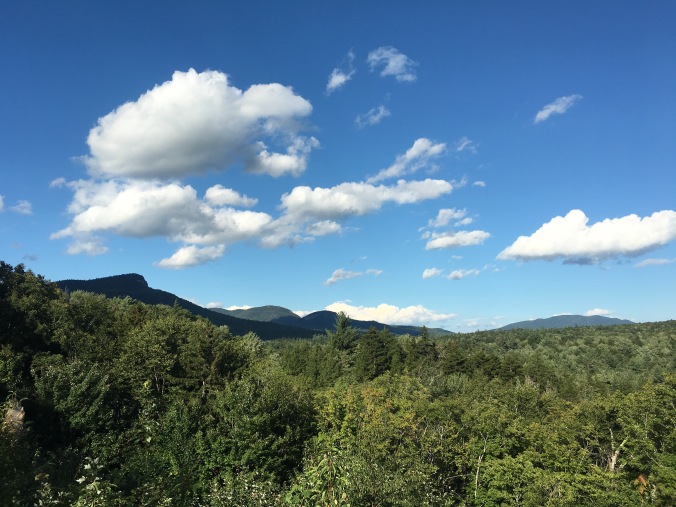 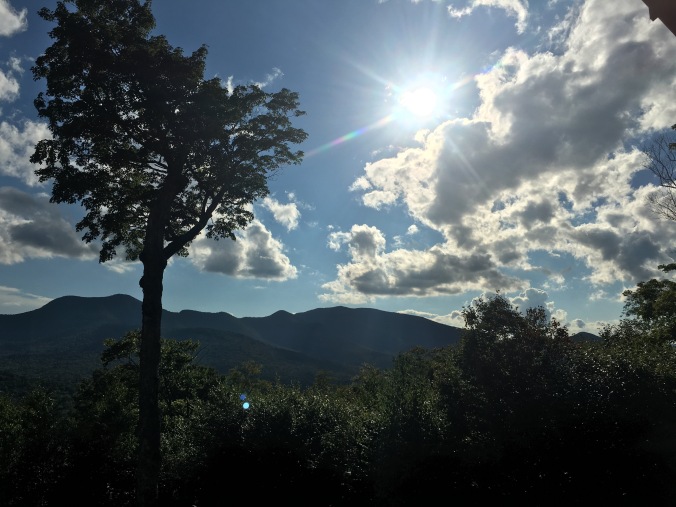 Watering the big piles of lumber?

I found another covered bridge on the final approach into Hanover! 😊

I met Mountain Goat for breakfast the following morning and ended up spending two days with her in Hanover while she zeroed as her knee was playing up. So no hiking during this period but lots of delicious food, a (2.5 hour each way) side trip to Bennington for blueberry beer at the local brewery and a lovely relaxing day in the Baker-Berry Library at Dartmouth where I put the finishing touches on the author questionnaire for Bloomsbury and Mountain Goat organised her life.

Lou’s Restaurant/Diner – we ate breakfast here every morning for three days. On the last morning, our awesome waitress bought us breakfast. 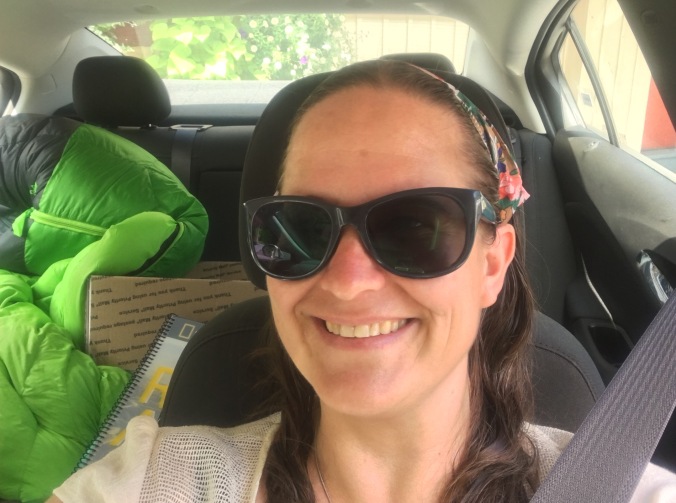 Living out of my car – life is good

One of Dartmouth University’s many gorgeous buildings

Will you look at the size of those Blueberry pies!

The lengths Australians will go to for a beer 👍 [Photo credit: Mountain Goat aka Rubie Chisolm]

Next up: Burlington, Vermont!