I have my return flight to NY booked for the 11th of July. Resumption of journey rapidly approaching!

After a wonderful month with my parents, I flew back to Sydney and caught the train to Lawson in the Blue Mountains (with its funky purple seats), where I have been hanging out with Frank and fam and visiting all my old haunts.

The Hanging Gardens of Lawsonia 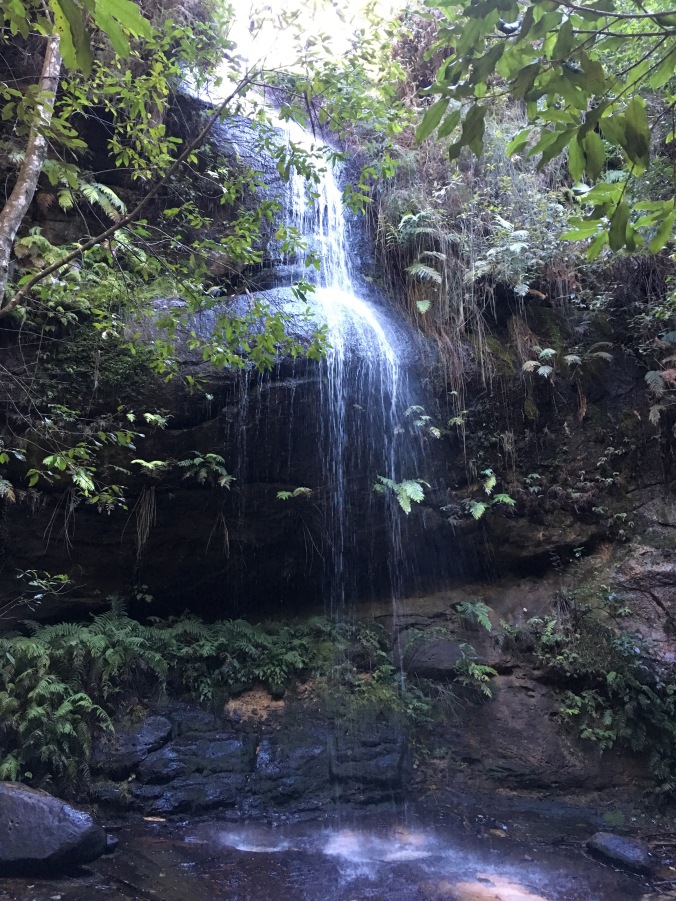 For other images of the gorgeous Blue Mountains, see my picture gallery under the National Parks page of my blog here.

On my first weekend home, I caught up with Laura, Jay and little Eden in the wake of the Winter Magic solstice festival in Katoomba, a one day event which sees the town center closed to traffic to make way for market stalls lining the streets, and everyone dressed up as witches and wizards for a giant parade. There are street performers and poetry readings in pubs during the day, and live music gigs at numerous venues across town late into the night. I flew in while the festivities were taking place, so I missed the mayhem but managed to meet for brunch the next day.

Laura and Eden in Katoomba – Eden is learning how to clap 👏 !!!

It snowed at the higher elevations the following weekend, so Frank, Peter [Longhurst] and I took her kids up to Blackheath to play in Memorial Park with the white fluffy flakes still freshly falling. It was the first time Abbey and Betty (Frank and Peter [Davies]’ youngest) had seen snow, so it was pretty magical. 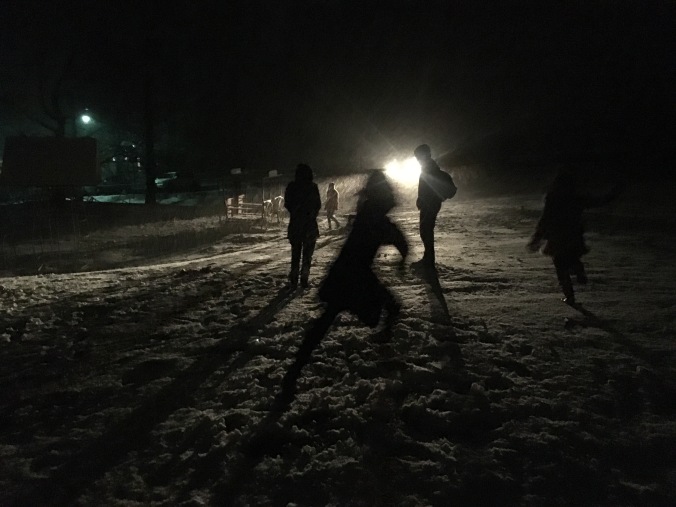 Blackheath in the snow

Boo about to hit me with a snowball 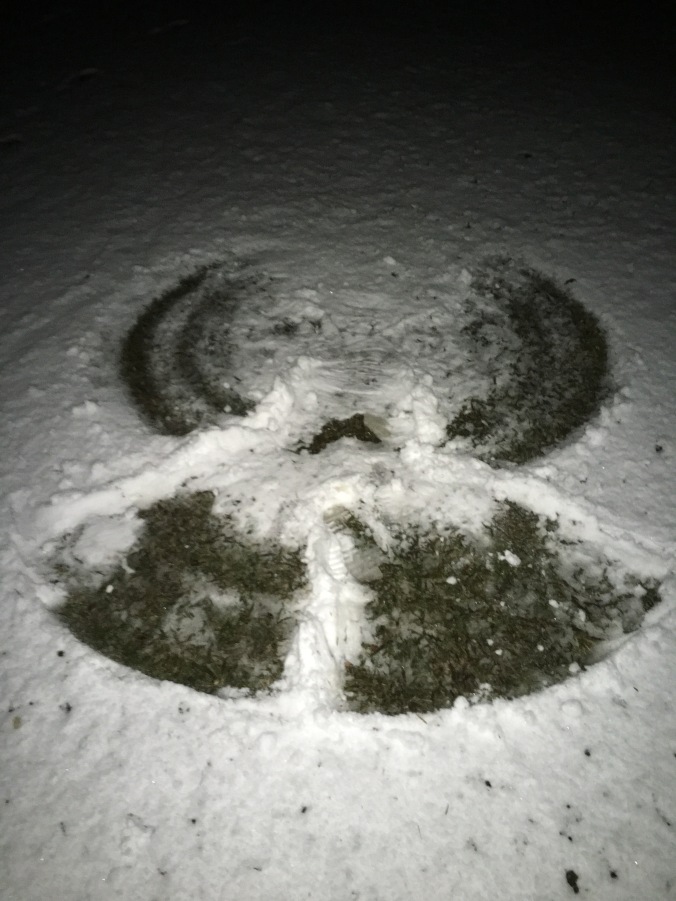 I had a midweek dinner at Product of Italy in Penrith with Alison, Caz and Keira, a group of gals I used to work with in the office at the University of Western Sydney. Keira brought along her very new two week old baby, Judah. 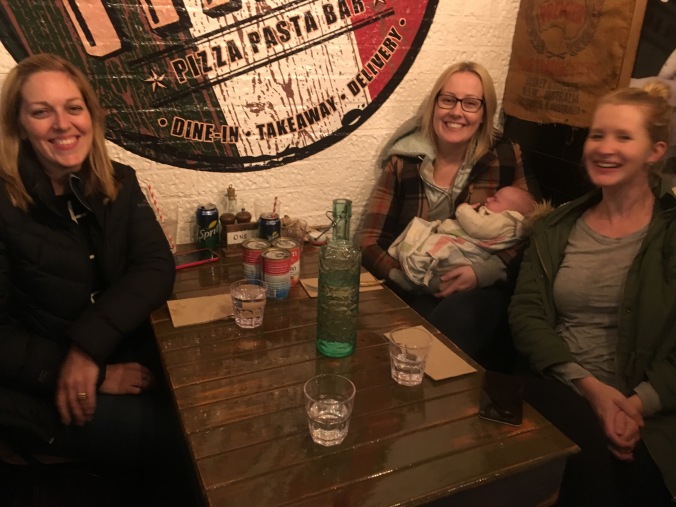 I’ve started amping up the training regime with the help of fitbit challenges 😅: 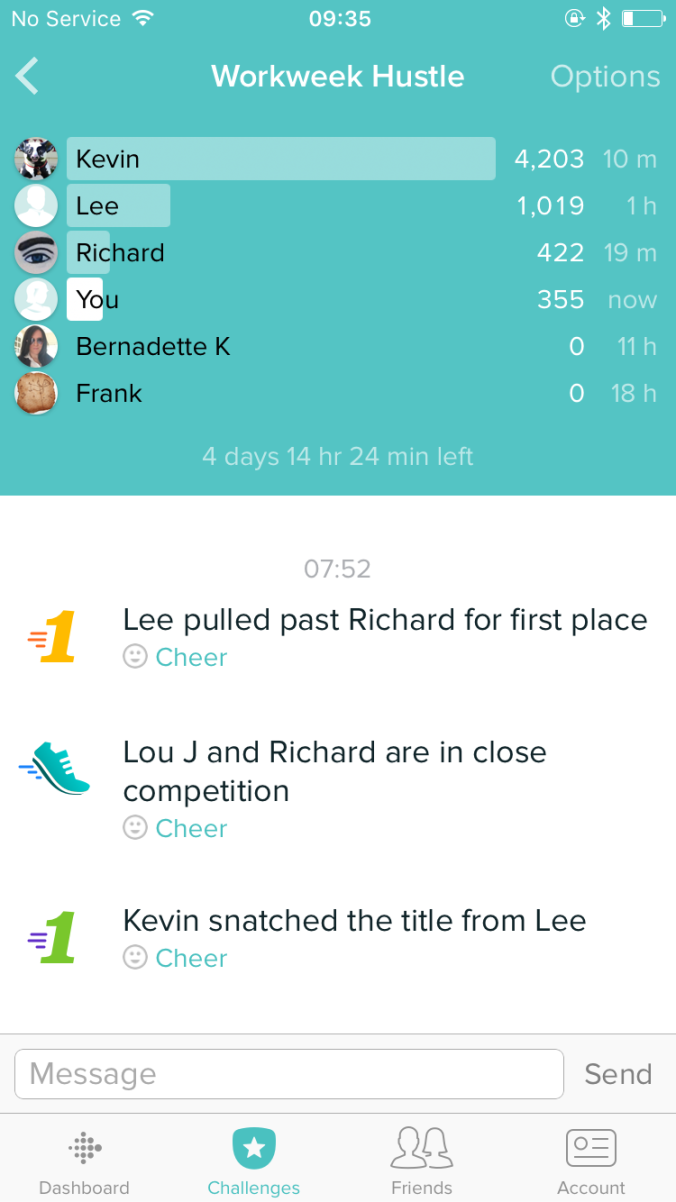 This week’s challenge has just begun but look at Kevin go!!

On a more relaxed note, I walked the streets of Lawson and the golf course turned dog park with Peter L in the late afternoon light one afternoon last week:

I’ve also walked the 2 Bridges circuit on the Nepean River a couple of times, along with the Leichhardt Bay with Laura & Eden on a visit to the city: 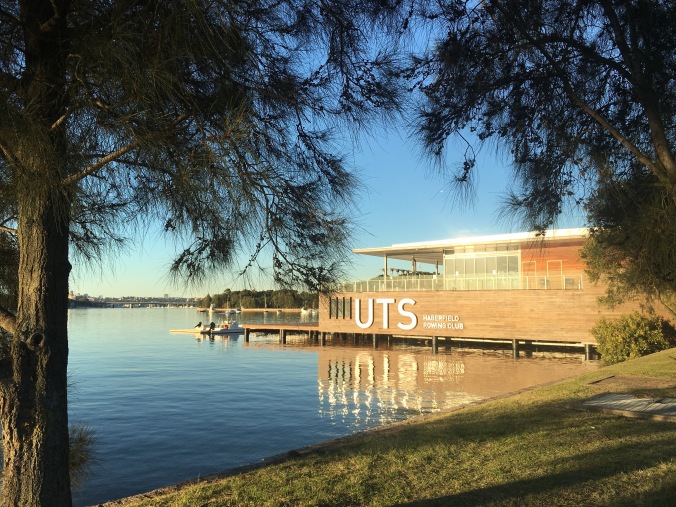 Approaching sunset on the Bay

Roxy helping me do my wrist strengthening exercises 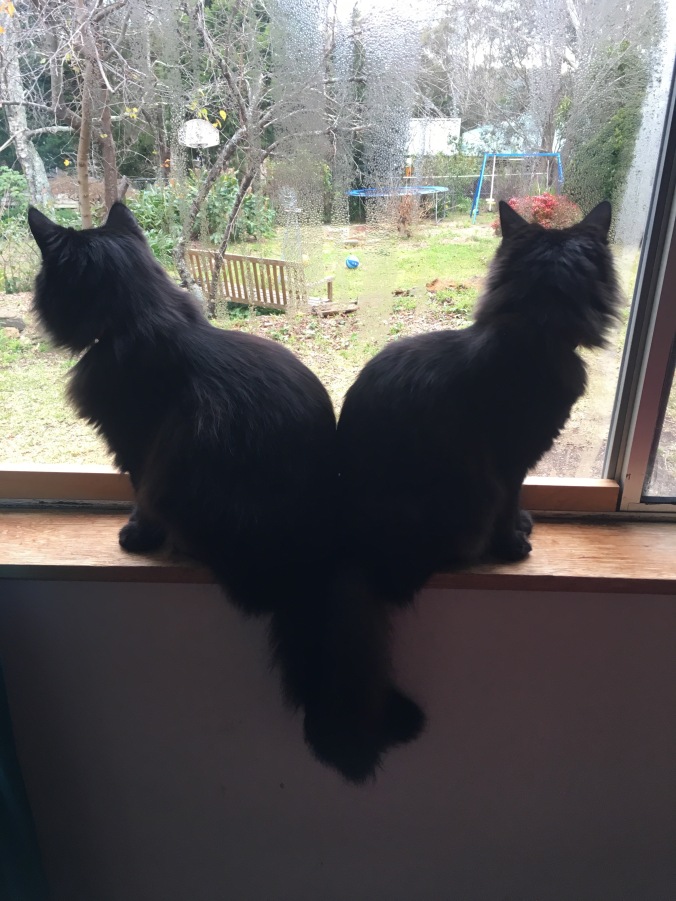 Pippa & Roxy getting their cute on

Pippa helping me tie my laces

I celebrated Christmas in July with the Murphy/Davies/Kinder clan over the weekend (too much bubbly – a hangover ensued), while the votes were being counted for the Federal Election. It’s still too close to call so looking like we might well have our second hung parliament in less than a decade. The inconclusiveness of the primary count is representative of the Australian voting public’s dissatisfaction with the lack of viable options and is reflective of the current state of political instability on the world stage.

In very sad news, my new friend Patti Wilson, from Virginia (the very kind woman who took me home from the hospital when I broke my wrist), received word that a family member had passed over the weekend. So please join me in sending best wishes to Patti and her family during this difficult time.