I woke at Elk River to a tent soaking wet with condensation – the wettest tent I think I’ve had to deal with so far – but it wasn’t raining, and the space is big enough to pack up all your other belongings before emerging, leaving just the tent to dissemble and attach to the outside of the pack for drying in a sundrenched field at some later point in the day. 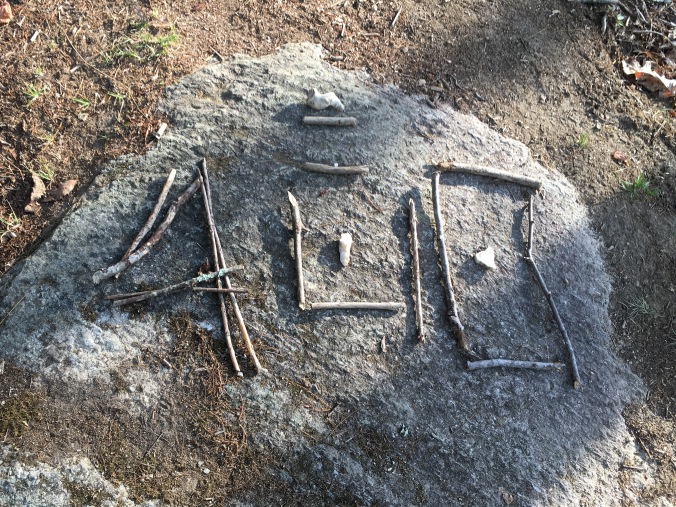 I reveled in the walk along Elk River, still a little bit awestruck that I’d been able to call such a pretty site home for the night. Somewhere between there and Mountaineer Shelter I passed the 400 mile mark, then on past Moreland Gap Shelter, where I foolishly listened to some other hikers (who told me there was a water source in 2 miles, which would save me an incredibly long and steep descent), rather than following the advice of my map, which indicated there was no reliable water source for a subsequent 7 miles. I was down to my last litre, and discovered that though there was indeed a water source a couple of miles on, it was a slow trickle, flowing through a recently fire-ravaged valley. There was no way I was relying on that source. Lesson: always confirm advised locations and distances on the trail by way of reference to your own maps and data.

I’d been hearing about these wildfires (or bushfires as we call them back home) since just north of Erwin, at which point they were burning out of control and a section of the A.T. had been closed as a precaution, but had not yet been crossed. By the time I reached the area, the fires had ravaged a large swathe of land between Moreland Gap and Laurel Falls, evidence of which you can see here. But in the short two-three days since the fires had caused trail closure, the local firefighters had managed to get the fire under control, cut down all dangerous tree limbs within the trail’s immediate vicinity, ensuring safe passage was available to hikers, and commence rehabilitating the land. Here, as at home (the Blue Mountains, just out of Sydney), I have been completely blown away by the amazing effort, sacrifice and service of firefighters in local communities. 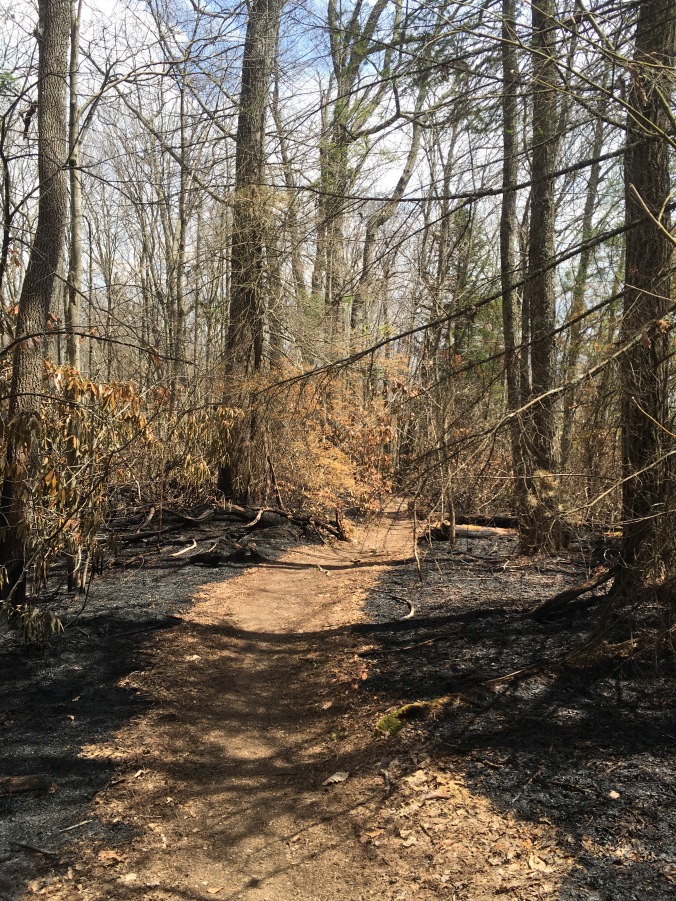 Fire on the trail

You could still feel the heat rising off the land and as a result, water was scarce and unreliable through this section. I was on rations, allowing myself three sips every half hour. Fortunately, the trail descended out of the fire zone and I came across a fast flowing mountain stream about five-six miles on from the Moreland Gap Shelter. It was not a source that was included on my pocket map, and nor was it the source referred to by my fellow hikers back at the shelter, so I was thankful for the pleasant surprise. I filled up all available receptacles and sternly admonished myself for not following the advice of my own map and guide. I still had half a litre at this point, but I was acutely aware of my dwindling supply and I like to be able to drink freely every time I’m thirsty. This is not a mistake I will make again. I will always take the long steep path to a water source if I am in any doubt about the availability or reliability of subsequent water sources over the coming miles. Lesson learned 👍.

The view coming down the ridge from Moreland Gap Shelter

Once I had water, I felt as though I opened room in my mind for other considerations. As I rounded the last corner of the descent, I came upon a beautiful open field in which to dry my tent. I decided to have dinner whilst this process was taking place, something I usually reserve for camp at end of day, and as I went on to hike a further 2-3 miles, I couldn’t get over how much energy it gave me for the last few of what would turn out to be a (completely unplanned) twenty mile day. My energy is invariably flagging by the time I reach camp, so I think, after that revelation, I might start having my main meal in the middle (or at least in the last third) of my daily hike.

Laurel Canyon and Falls came at the end of the longest day I’ve hiked so far with full pack. 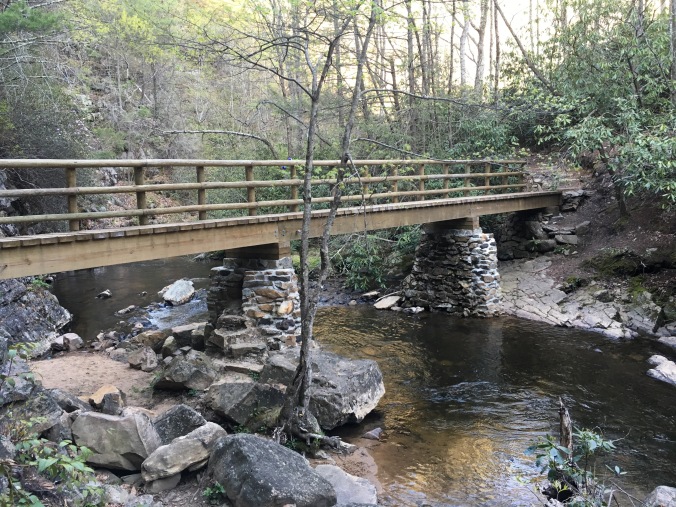 It was so beautiful walking through this space that I lost all sense of aching limbs and arrived, blissed out, at another riverside campsite, where I pitched beside Jah and Irie, who I’d met back at the Greasy Creek Friendly. I don’t have a photo of the lads to share but I can share some pics of the various rock art installations they’ve created along the trail. I had seen some of their cairns several days earlier, so was pretty psyched to find those responsible for these wonderful creations.Camping beside the river at Laurel Falls afforded me my second night of fireflies in a row, a sight I left my outer vestibule fly open to enable the discovery of. 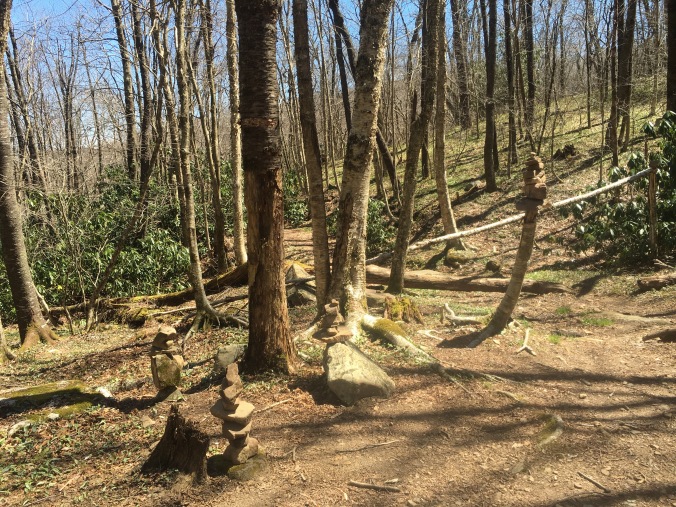 The next morning I took a 1 mile blue blazed trail into Hampton, checked into Braemer Castle, owned by Sutton Brown and managed by the incredibly friendly, congenial and knowledgeable Alex (surname unknown – who takes and does your washing upon arrival as part of the cost of stay and who happily shuttles you to trailheads, the post office and the like), then slackpacked over the nearby mountain, walking the same blue-blazed trail back into town at day’s end.
Hampton is a tiny community, just hanging on by the skin of its teeth, but it’s a sweet place in a pretty location, and I was so glad to have had the pleasure of meeting and interacting with a fair number of its local residents during my brief stay. 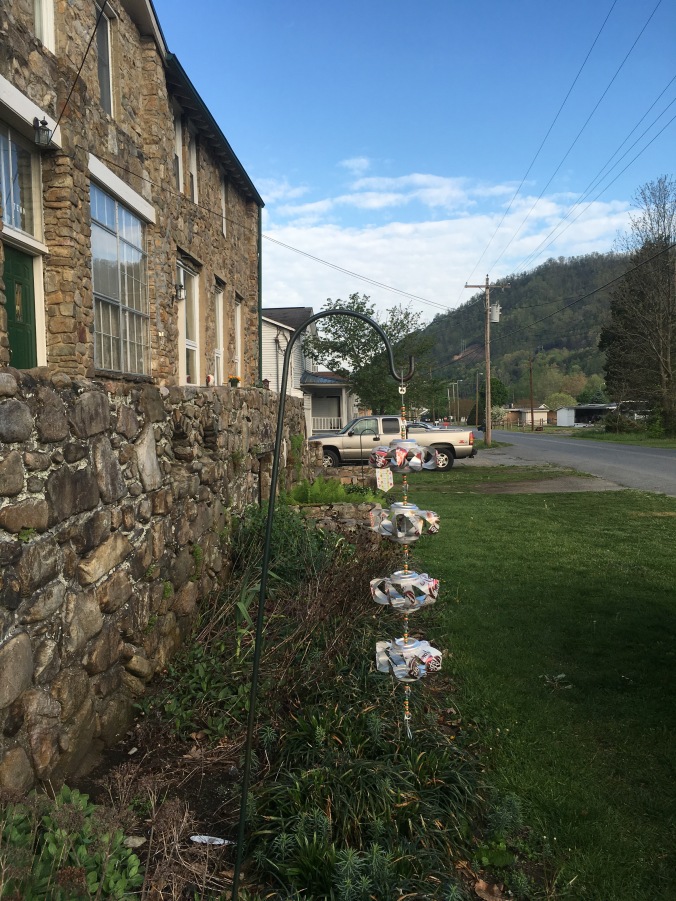