Teaching is over for another year. Well, I still have 150 x 2500 word essays to mark (small thing!) but this time I wrote the questions, so I am kind of intrigued to see what the students have come up with. I joked with Jason (my co-coordinator on the unit) that I would personally love to write a response to every one of these essay questions (and perhaps I will!) and we’ve been patting ourselves on the back over the awesome textual selection we put on offer this semester. Not sure our students were quite as keen as we were, but there were pockets of wild enthusiasm from some quarters in relation to certain texts so we count the win. Our focus was speculative fiction and these were our texts:

Awesome as running our own unit was, I am taking time away from my teaching schedule next year to write creatively and get my publications up ahead of the next round of job apps. I will be spending 2020 circumnavigating this wonderful country I call home in a hiace pop top camper. I will also be using the time to paint each day and work on my photography (all the photos on this website so far have been taken with my phone camera, but I finally picked up a DSLR – I went with the nikon twin lens kit. I also purchased a polaroid & will endeavour to take a pic a day during 2020, and I will purchase a drone and go-pro after the peach season). And finally, I aim to teach myself Spanish (3rd time lucky?!) and guitar (I have Dad’s old concert hall guitar which is older than I am – she’s a beauty) through a gradual process of accretion. Oh, and I’ll be doing some hiking (of course). I’d like to keep a visual record of the roads travelled, so if anyone knows of any good mapping tools that I can use to update my journey on the blog as I go, I’d be keen to hear from you.

True to form, academia is already pulling me back in with a beguiling conference to be held in Dublin for Bloomsday next June, tracing McCarthy’s Irish roots. Given that my thesis was on McCarthy and Joyce, I think this is one I will have to attend. Oh well. I guess if I have to, I can take time out of my busy schedule travelling Australia in my van and making art to go hang out with a bunch of McCarthy and Joyce scholars in sunny Dublin. I am yet to acquire a taste for Guinness, but I do like me an Irish whiskey. 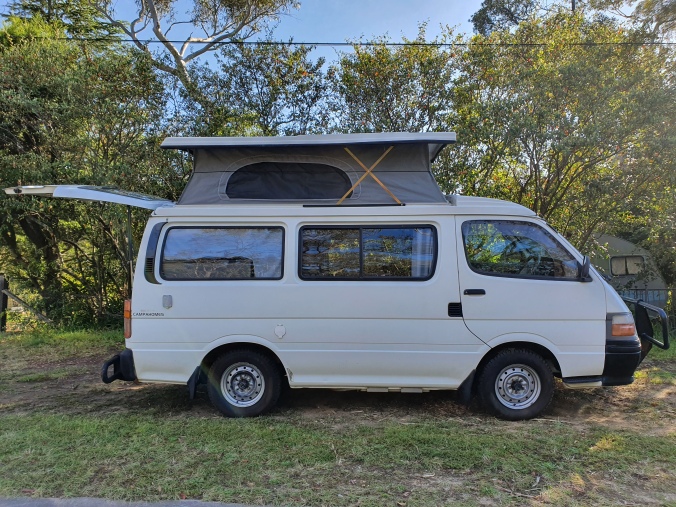 Was going to call her Berko (short for Berkana, the rune of rebirth), but as her previous owner advised me, she’s actually pretty placid. Then I was going to call her Poppy (or Popeye?) – but that feels a little twee, so have decided to go with something literary or musical… maybe WIP (Work in Progress)? No, I can do better than that. Time to give Joyce a wee rest. Steely Dan? (literary and musical!) I do like me a bit of Burroughs. No, unfortunately that name’s already been taken 😉 Maybe I’ll call her Babylon Sister?! … Hey Nineteen?! (for the fact that she was purchased in 2019) … Now I’m just getting ridiculous. Hmmm, welcoming suggestions.

This reminds me of my first ever conference presentation as a PhD candidate. I went down to Canberra and delivered a paper in which I defended Lester Ballard, Cormac McCarthy’s necrophiliac protagonist in Child of God, to a room with 10 people in the audience, none of whom had read the book. (It was less about defending Ballard, really, though, and more of a broad indictment of society with regard to the recognition and treatment of mental health issues. I argued that the community’s failure to uphold the Social Contract contributed just as significantly to the events that unfolded in the novel as any direct contravention of the contract by Ballard himself. Yes, yes, I know – controversial for the sake of being controversial. Gosh it was fun to write though. I am thinking of digging that paper out and turning it into something useful, but that is a whole other aside…)

The conference theme was ‘Banned Books’ which was freaking awesome – you can imagine some of the wonderfully outrageous propositions I heard that week. The day of my presentation was Friday the 13th, sometimes referred to as Black Friday (bearing no relation to that ridiculous manifestation of consumption gone mad that we witness in shopping malls after Thanksgiving in the US), so I opened my talk with the fun fact that Steely Dan have a song called Black Friday which references Australia, and that the band themselves were named for a banned book – ‘Steely Dan’ being the name of the giant dildo in William Burroughs’s Naked Lunch.

After my Ballard paper, one of my co-panel presenters (and former lecturers) advised me that she and her partner had named their cat Ballard (after J.G., not the necrophile). She put me onto Paul Auster and the New York Trilogy, Breton & Aragon’s dérive inspired dream novellas, and De Certeau and De Bord for some theoretical perspectives on urban wandering. Speaking with her also prompted me to finally read some Ballard – High Rise (which I loved) and Crash (less so). That’s where my knowledge of Ballard ends.

I am aware that all this is getting me no closer to naming my van. Hence, also welcoming banned book suggestions! Or van names based on banned books…?

Some more pics of my new bud: 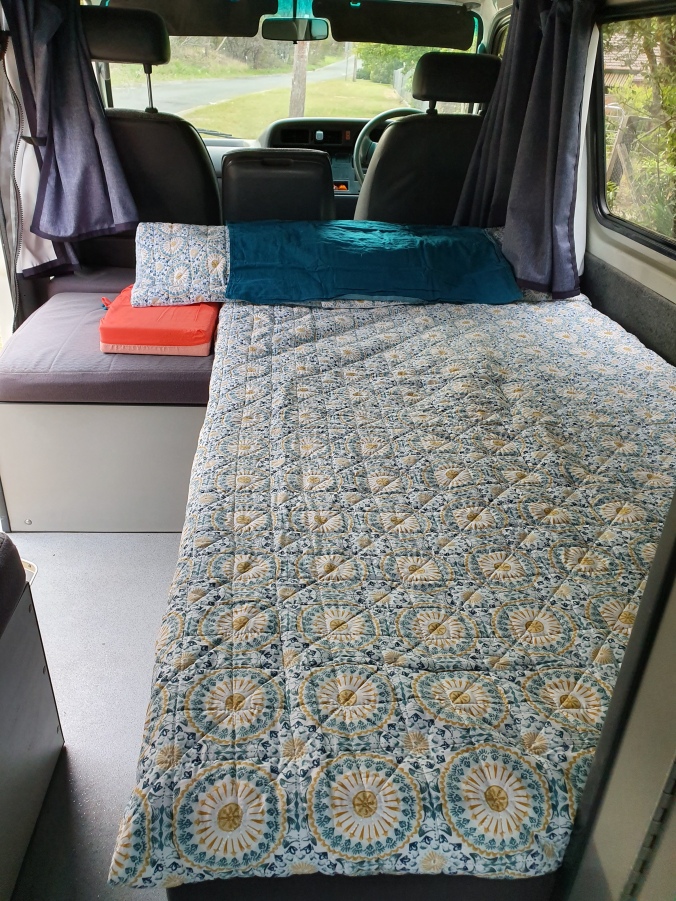 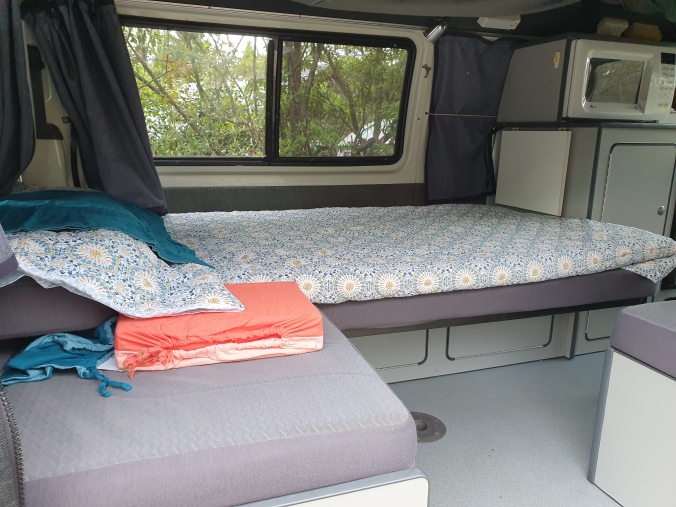 There will ultimately be a doona insert and proper pillows, but for now it’s just memory foam with decorative flourish, but you get the picture…

Ok, that’s enough productive procrastination for now. Time to do some marking.

Books Completed: Bill Dunbar – Telemachus (Pre-Publication – Draft 2, 2019) – I miss having this manuscript in my life like one misses a lover – we spent nine months together, this book and I. Gestation references aside, after that long with a pen in hand, it’s kind of hard to let go. I miss this book like I think I was supposed to miss my thesis… oddly I don’t miss my thesis at all. (Likely because I know I still need to go through the motions of turning it into a book, so that project is just on hiatus) – I actually had to hand Telemachus back, along with all my margin notes and the relationship I had formed. I think I had fallen a little in love with that book. Bring me a new book to fall in love with please.