Christmas Eve was shaping up to be another hot one, so I decided to do a short version of one of my favourite valley floor hikes to the Ruined Castle from the Golden Stairs. The sign overestimates the time required by a couple of hours, but better to overestimate than underestimate when it comes to bush safety… 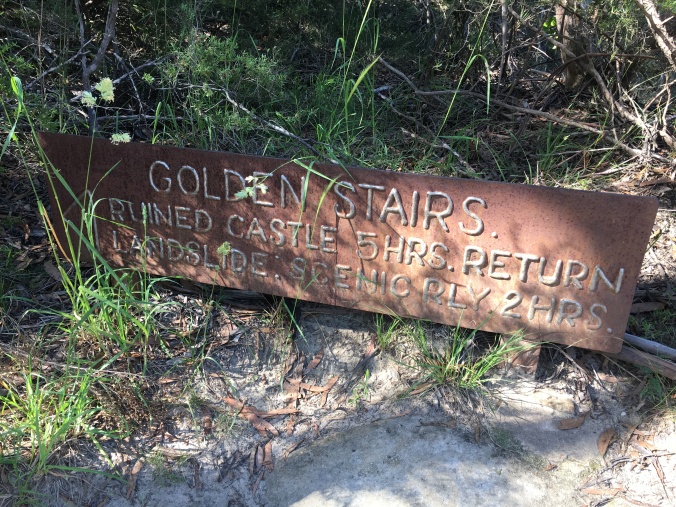 I would usually descend the Furber Stairs, coming back up the Golden Staircase and then looping back to my car via the road, but that walk involves a lot more direct exposure to sun and I would have been hiking in the heat of the day by the time I completed the circuit. The Furber Stairs to Golden Stairs via Ruined Castle does take about 5 hours, while descending and ascending the Golden Staircase shortens it to just under 3 hours. An extended version involves walking down into the forest from Leura Cascades and then on to Mt Solitary via the Ruined Castle and return, but this is a long day, taking about 9 hours of solid hiking. An even longer version sees you spending a night on Mt Solitary. This last trek requires carrying lots of water, as there is no reliable water source once you descend the Golden Staircase until you reach the Kedumba River on the far side of Mt Solitary. Although the NPWS (National Parks and Wildlife Service) have put in some shelters with rain tanks to capture roof run-off near the northern turn-off to the Ruined Castle, there is no guarantee that these will contain any water. When I did this walk a couple of years ago, I carried 5 litres, and used them all.

My first glimpse of the ‘castle’:

The Ruined Castle is actually a cluster of rocks atop the saddle, shown here between Mt Solitary on the left (partially obscured by the tree) and Narrowneck Plateau on the right

Descending to the valley floor: 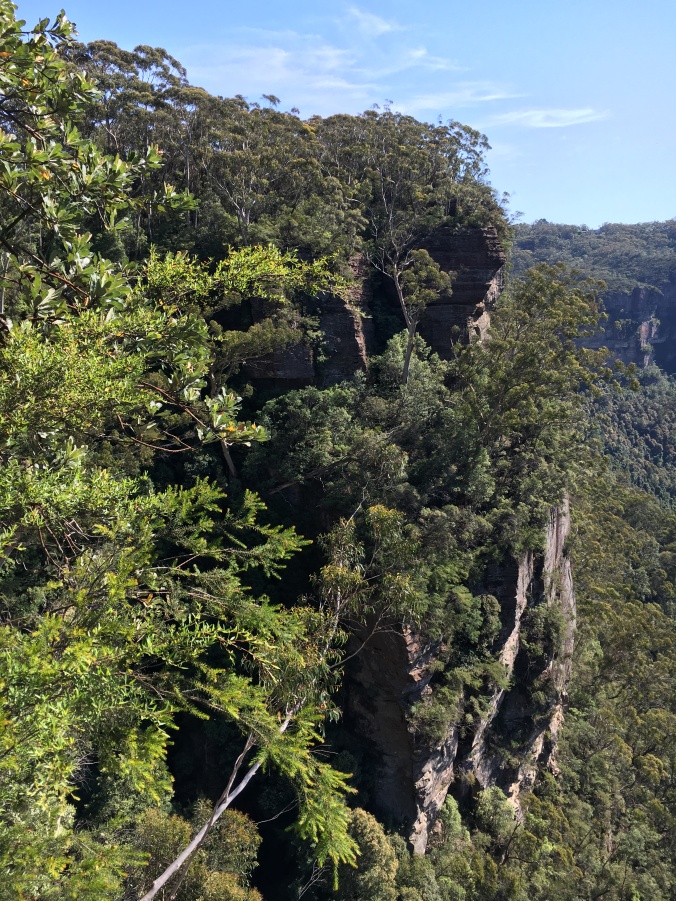 While you initially find yourself walking under a dense canopy upon reaching the valley, the path soon emerges into open eucalypt forest as you approach the turn-off to the Ruined Castle 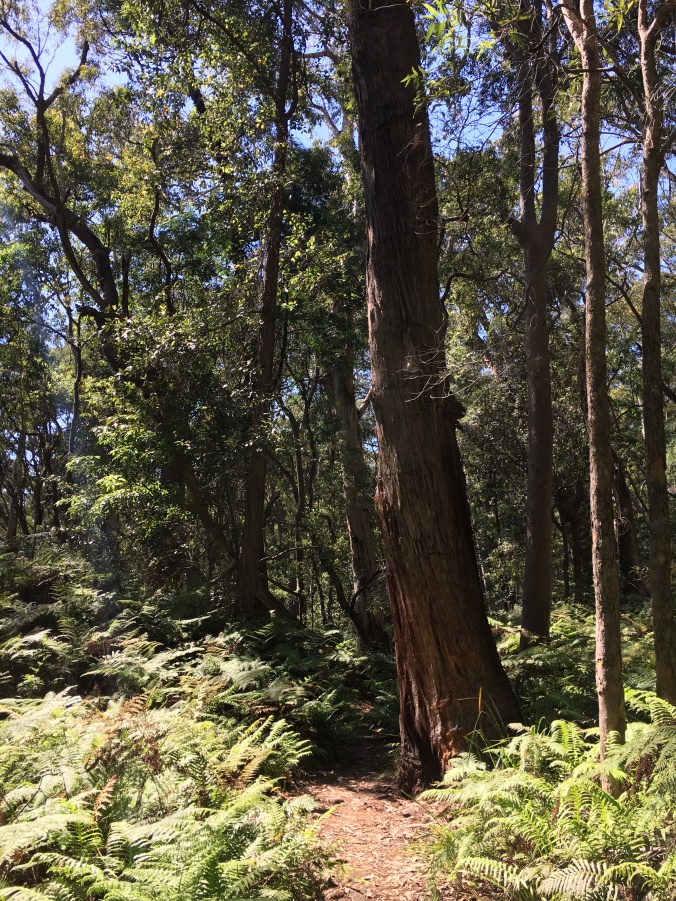 Ferns and eucalypts side by side 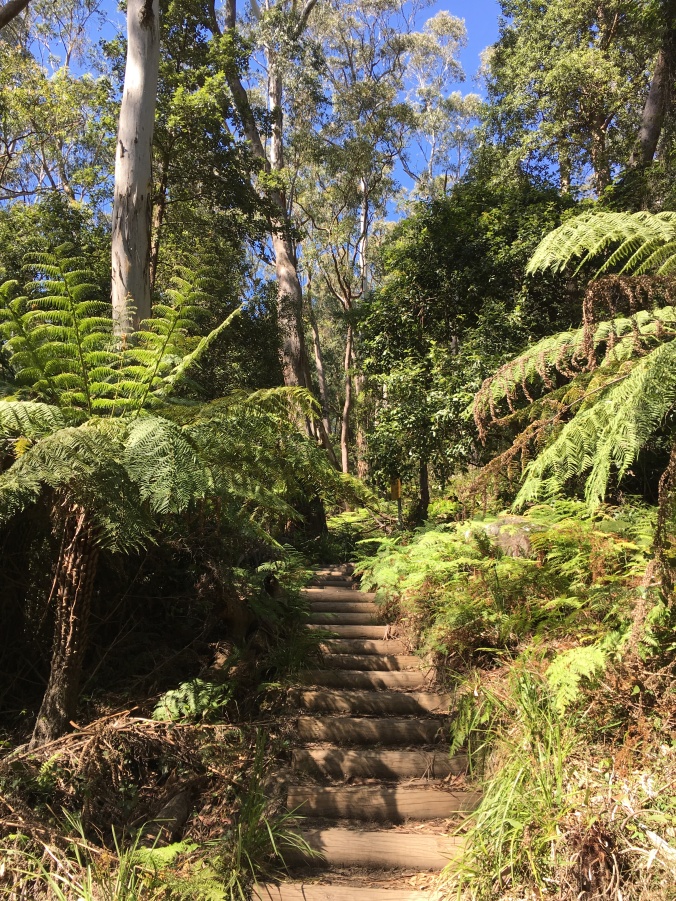 The northern end is a neatly stepped ascent to the ruined castle ridge line, while the southern end is a steep, rough, unmarked rock scramble 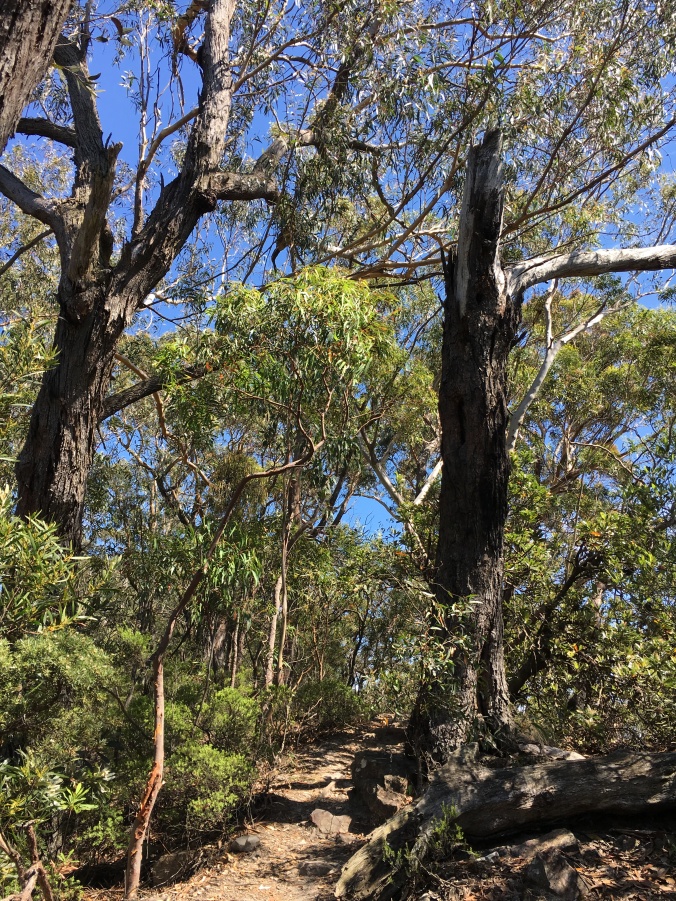 Atop the castle ‘ruins’

View back to Narrowneck from the top of the Ruined Castle 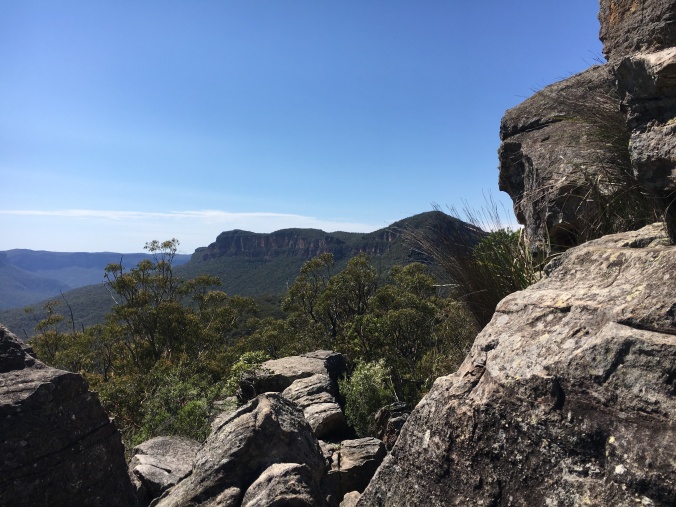 View of Solitary from Ruined Castle 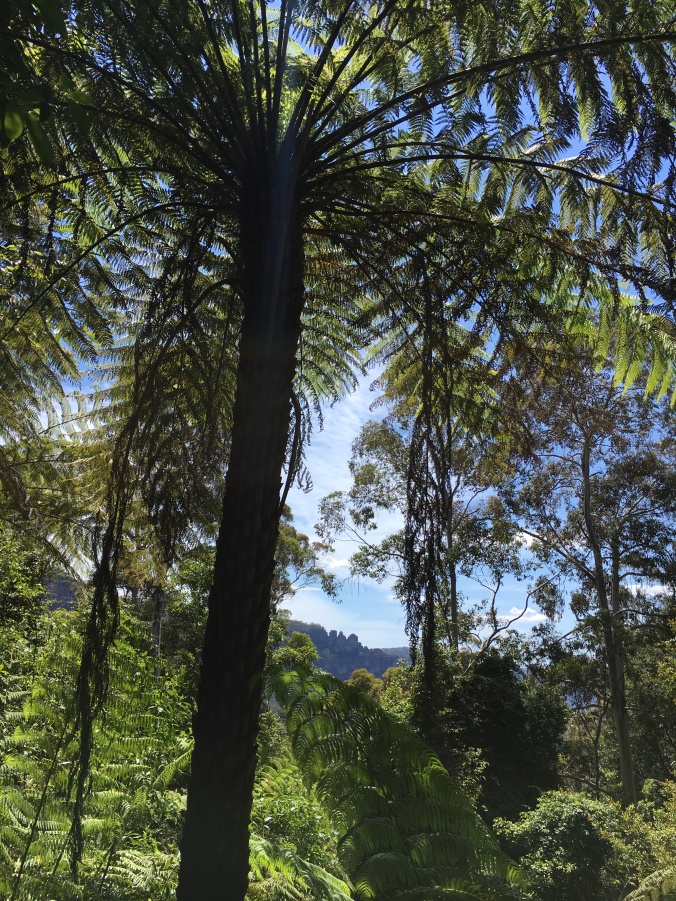 View of the three Sisters from the valley floor

While U.S. and Australian flora are markedly different, occasionally I get the distinct sense that I am back walking the AT in Georgia in the early spring 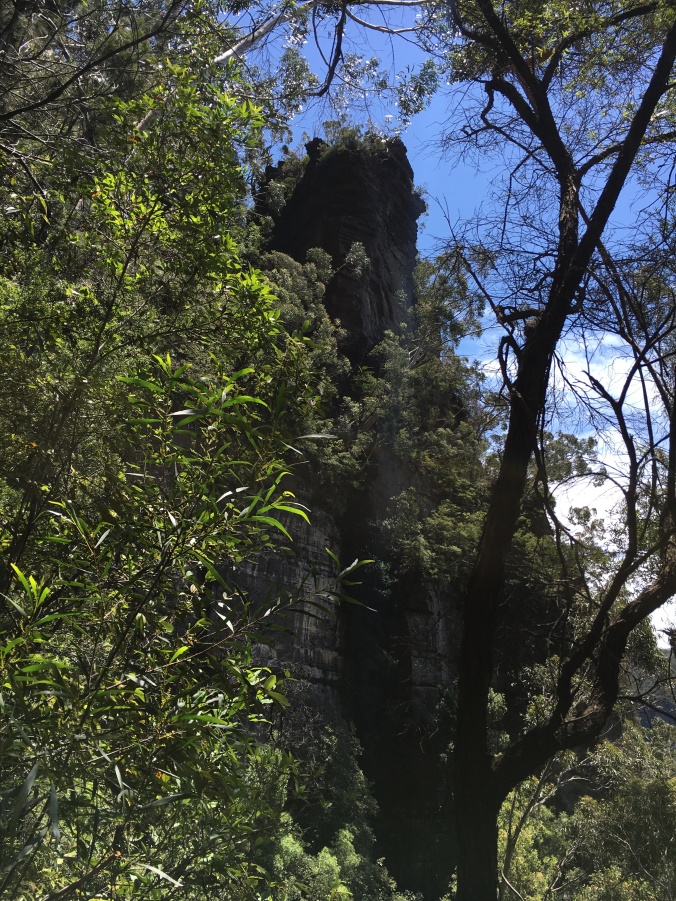 Although the elevation gain from the valley to the top of the Golden Staircase is only about 200m, the ascent itself forms an 800m stretch of trail consisting mainly of stairs

In other walks this week:

I came across this bush turkey while walking in the Leura Cascades area. I think this little guy’s virtually tame, as he came up to me looking to be fed…

I also visited Wennie Falls Lake over the weekend, before the heat of the day made walking conditions untenable

I sat with my feet in the water, watching the ducks, for about half an hour

And just like that, Christmas is over for another year.

I’m heading off for a few nights of camping with the lads later this week. Looking forward to working on my river chapter while pitched by the water’s edge…