I have been back in Tasmania for almost two months now. I am loving this island and all it has to offer. It appears I may have found work, with what looks like a great company. I had my medical today and commence employment on May 1.

As I may have mentioned in my last post, I’m currently house sitting for my cousin Leith while she tours Vietnam with her family. In my care are 1 dog (Pepper), 2 cats (Molly and Henry) and 27 budgerigar (1 of whom is tame & is named Cinnamon). They form a very loving little menagerie and never cease to entertain. Here are a few candid snaps of them in various states of play:

Molly having a snooze

Henry of the beautiful eyes

​​
I’ve been trying to find different places to take Pepper on her daily walks. The greater Launceston area has some fantastic trails. We took a stroll at Paper Beach, just out of Exeter one afternoon. 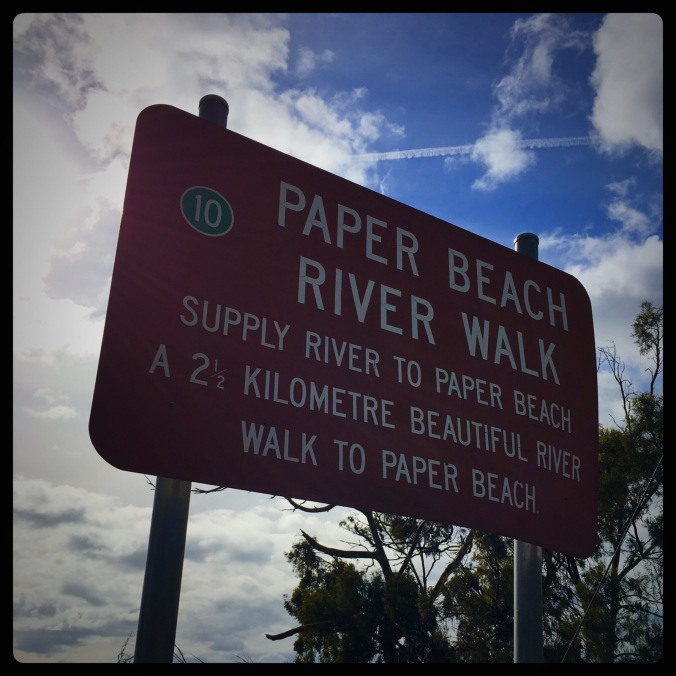 Off-lead and loving it 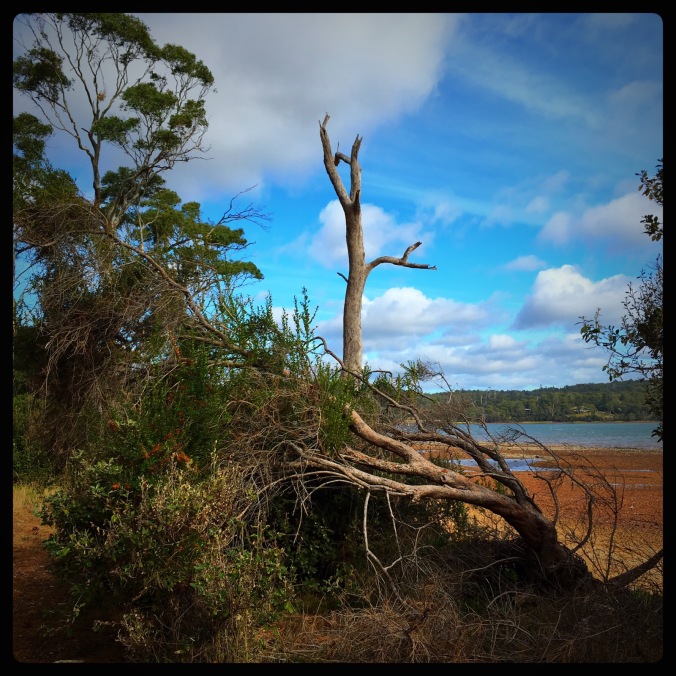 I let her off the lead for a spell and she had a great time chasing wallabies and rabbits, but when she returned to me after one mad romp, completely covered in mud, I decided that freedom might have to be a ‘one time’ thing 😉.

We also visited the Tailrace, a track along the Tamar which takes you from Riverside into Launceston, and which links to a whole network of trails along the North Esk, some of which I referred to in my posts from my Tas visit last May/June, which you can find here. 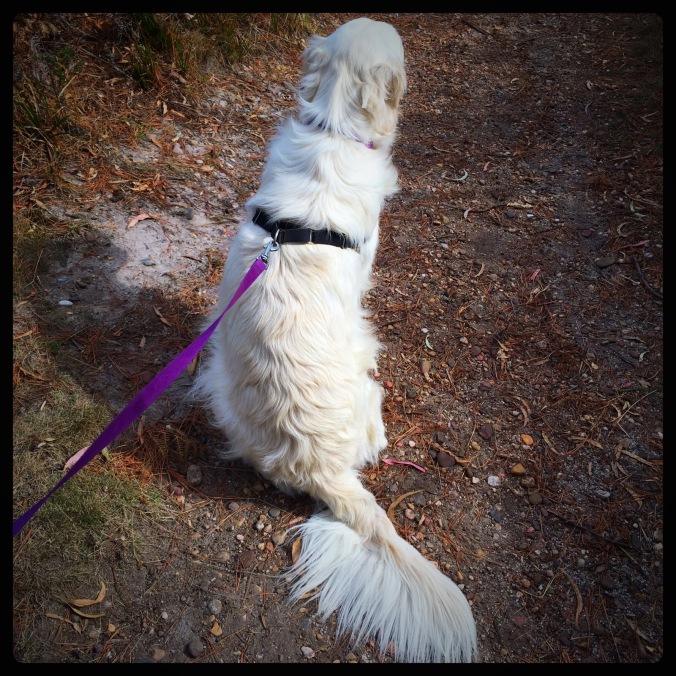 Pepper at the Tailrace 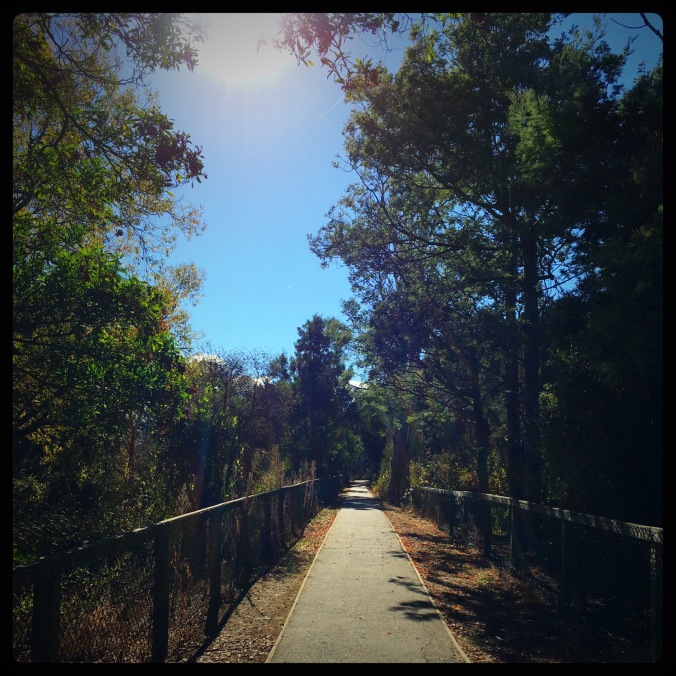 I returned to the Tailrace with (aunty) Trish M a couple of days ago, who’d brought along (cousin) Kate’s dog Griff, and we meandered along to Stillwater, where we stopped for a coffee and a bite to eat.

Trish with the puppies in the Stillwater carpark 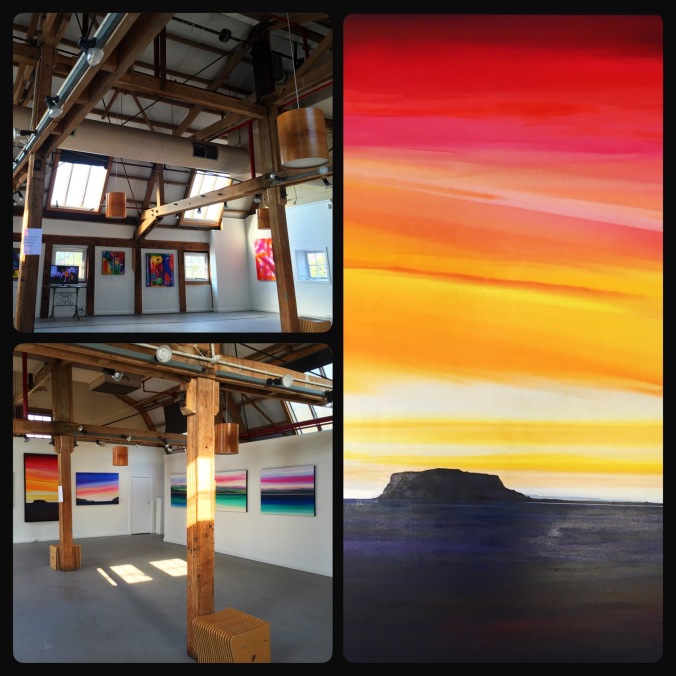 The Mill Providore and Gallery at Stillwater

The view from the gallery

Over the easter weekend, (other aunty) Trish A and I caught a flick together at the Star Theatre, a beautiful old art deco establishment which originally opened in 1937, falling into disrepair after changing hands in the early 70s following a three decade run. Three young gents have purchased the building with the intent to restore it to its former glory (you can read the Examiner article about the project here), and with most of its original fittings and fixtures still in place (if not fully intact), it’s going to be a beautiful example of architecture from the period.

Star Theatre – a glimpse of the building prior to renovation

They opened their doors to the public over the easter weekend with a number of screenings in the building as it currently stands, ahead of their planned refurbishment (we saw The Big Lebowski, a Coen Brothers cult classic), and will be officially opening the fully renovated premises as an independent cinema in November. For more information about the theatre, its history and its reappropriation, check out their website, here. It is going to be wonderful having an independent theatre as complement to the existing cinema here in Launceston.

In other adventures, I met my folks for lunch one afternoon at JJs, their favourite Longford bakery/cafe/restaurant. I went for a wander around town after the meal and came across a couple of lovely parks.

Not sure which denomination this was, but a lovely sandstone building 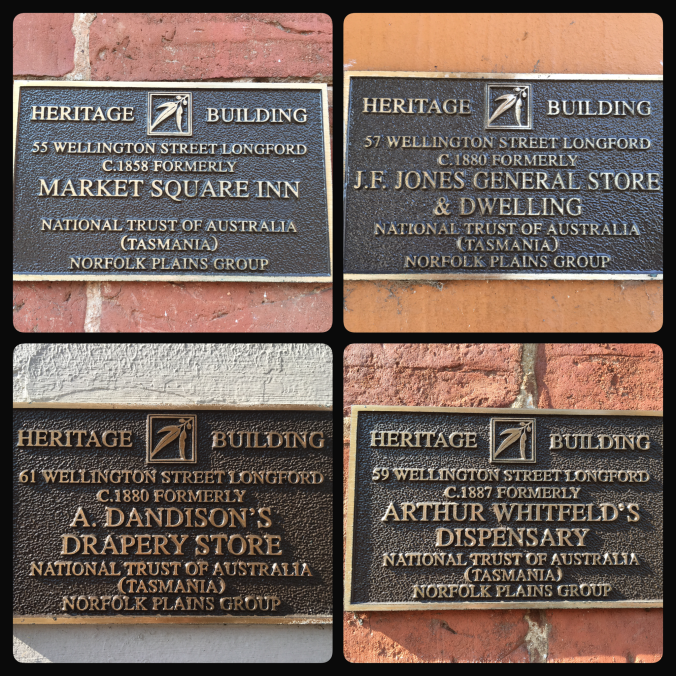 Loved these heritage plaques, detailing the original function of the buildings in Longford’s main street

A couple of quick snaps of downtown Launceston: 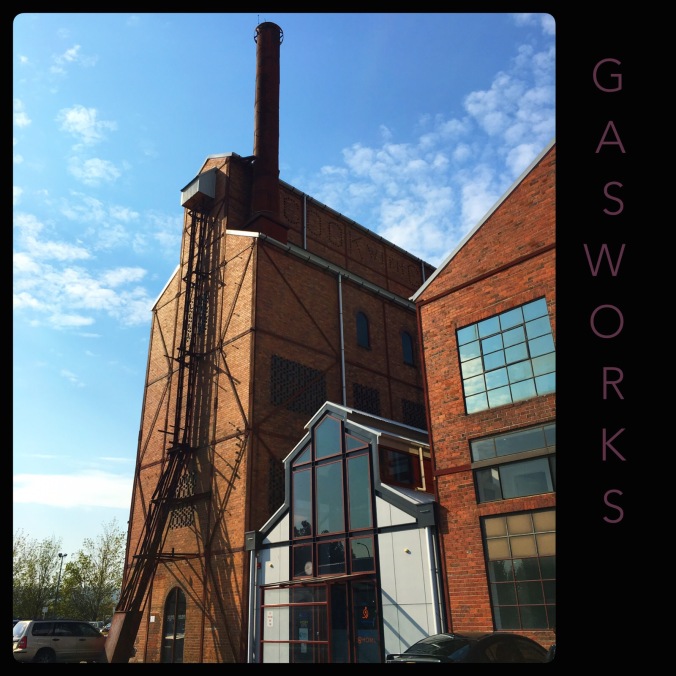 The old Gasworks near City Park (now a restaurant) 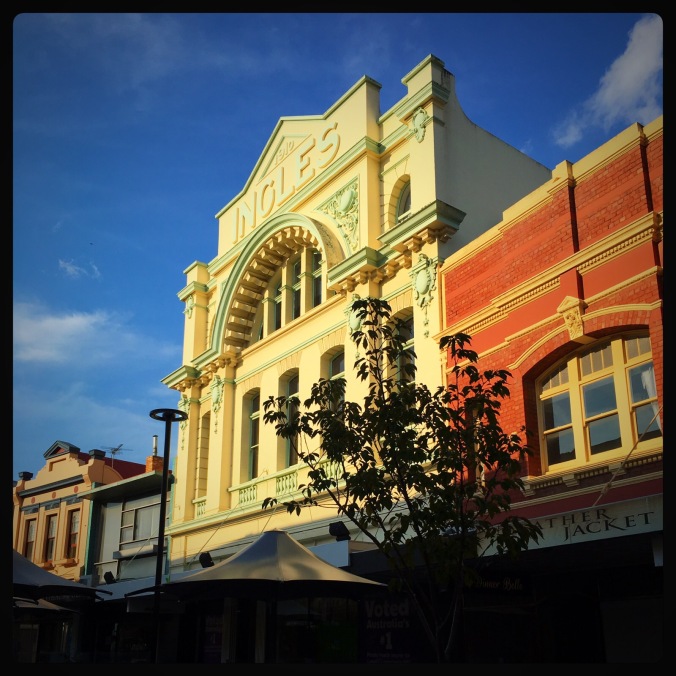 The Design Centre on Tamar St 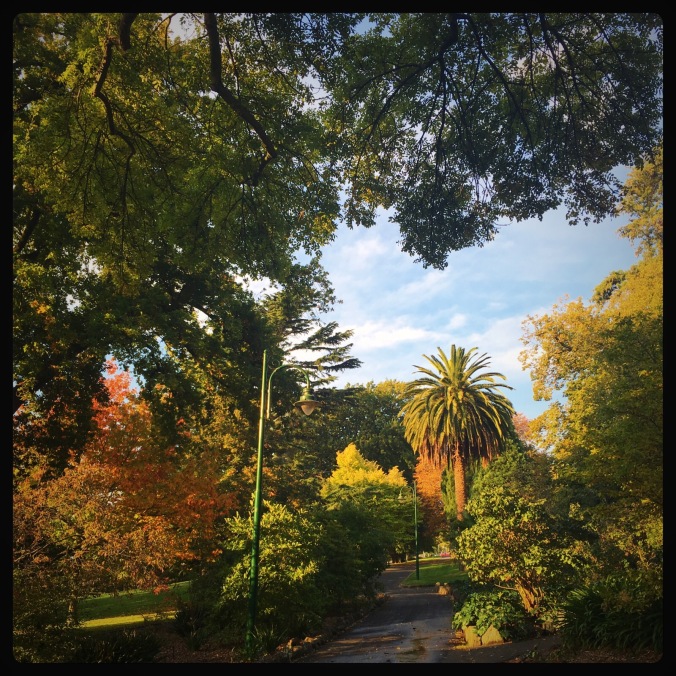 Sunrise is pretty spectacular from where I’m currently staying… 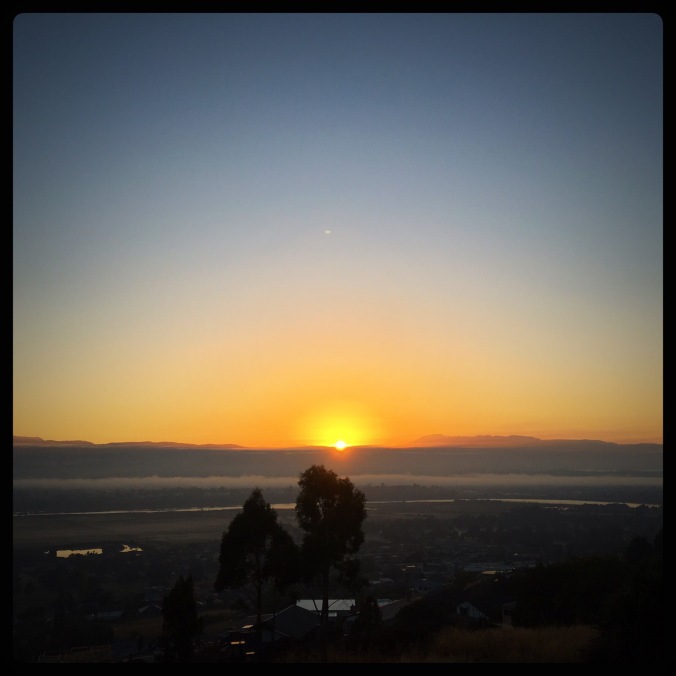 Pepper pensively takes in the view 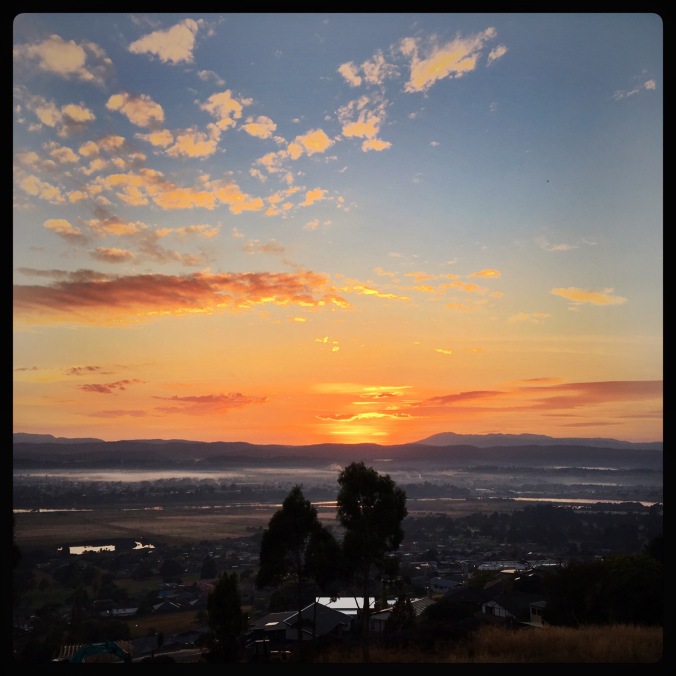