It was a perfect day for our Saturday hike to Paradise Pool. It used to be something of a secret spot, requiring local knowledge to locate its whereabouts, but the Blue Mountains City Council have actually put up several signs now. My guess is that local residents grew tired of intrepid hikers finding routes through their properties in search of the rumoured swimming hole.

It’s now much easier to find but has lost some of it’s mystery as a result. Of course, that doesn’t make it any less beautiful.

Paradise Pool – you can jump from a rocky ledge above the pool or sit on a shelf of rock directly beneath the waterfall. It’s a pretty special spot.

Hanging Rock was likewise spectacular. There was more evidence of this season’s abundant warratah bloom on the five km firetrail which leads you out to the viewing point. I could see splashes of red dotting the landscape everywhere I looked. 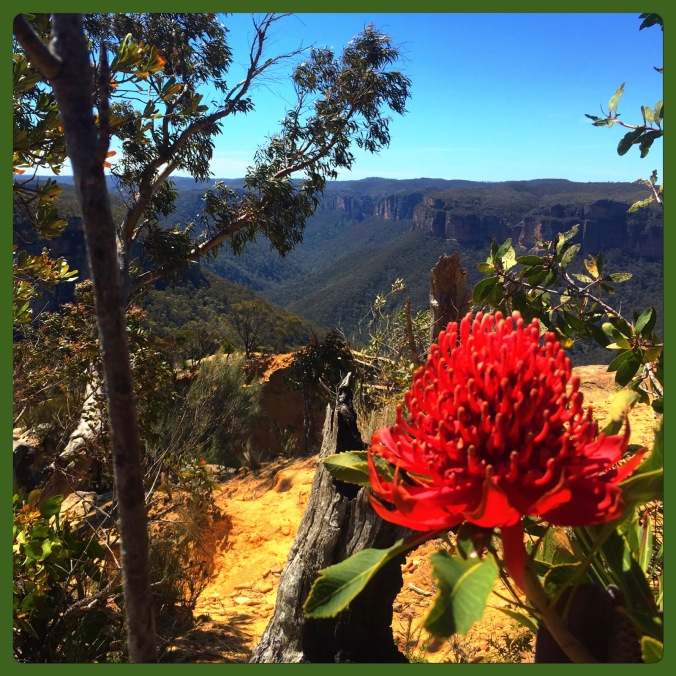 This really has been a bumper year for wildflowers. 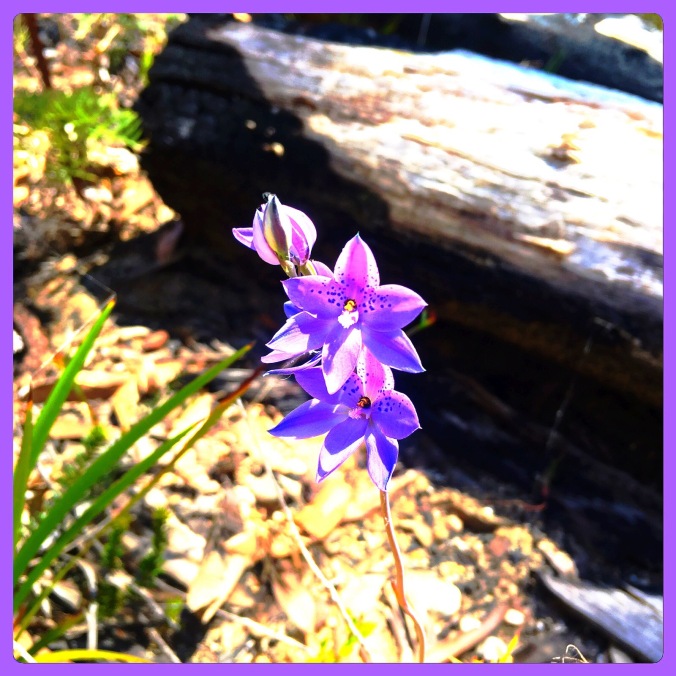 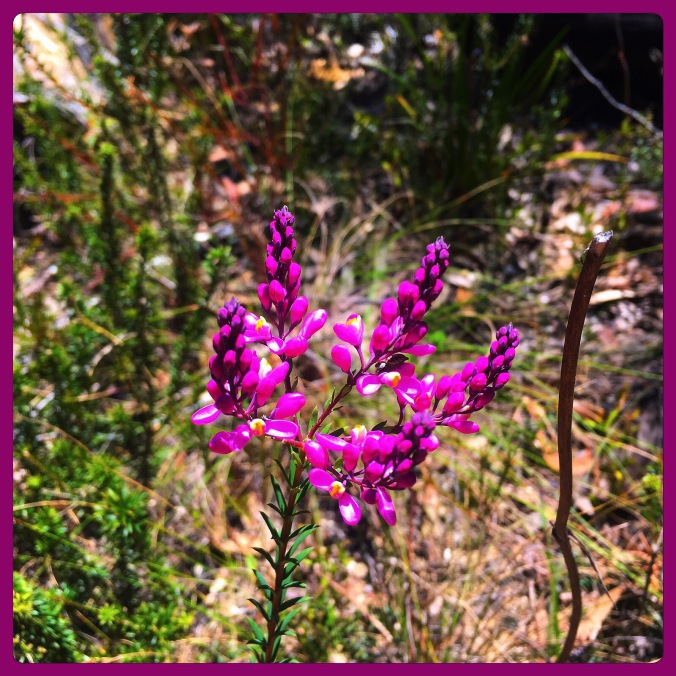 Saw some sweet graffiti and some slightly doctored signs:

There are two of these signs now: one at the second gate, 4km back along the track, and one at the final approach to the lookout

People actually do all of these things: rope swinging, slack lining and base jumping (as though rock climbing and abseiling aren’t adrenalin inducing enough)! You can watch videos of some of these shenanigans here (warning: not for the faint hearted).

Hanging Rock itself never ceases to inspire and amaze. It is one of my favourite lookouts in the Blue Mountains. I can’t believe people risk their lives swinging off this ledge and penduluming into the valley below. It’s terrifying enough clambering down to a point where you are level with the rock from Baltzer Lookout above.

There used to be a tree growing right up on top, just before the final jutting section of stone (you can still just discern the stump if you look closely). The ledge narrowed so much that you actually had to climb through that tree if you wanted to get to the end

Hanging Rock as viewed from above. You can see how much it narrows from this angle. To get out to Hanging Rock itself, you have to jump over a metre wide crevasse. I think my days of climbing onto the rock itself are over but when I first visited in 2001, I did the jump, climbed through the tree of faith and sat right out on the end with a leg dangling over each side of the ledge and hanging onto the climbing peg for dear life! A friend convinced me to leap the crevasse again in 2009, but it took about 15 minutes of coaxing and I stayed behind what was left of the tree on that occasion 😊 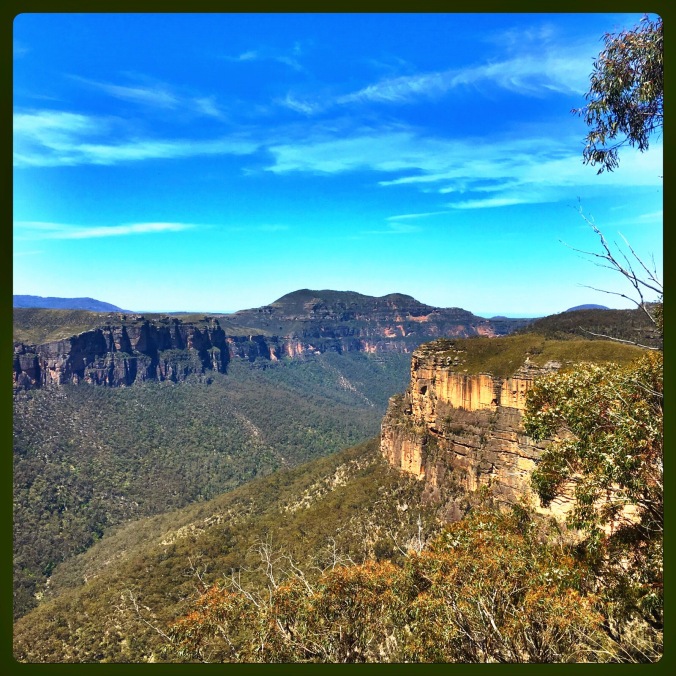 Baltzer Lookout (with views across to Pierce’s Pass and Mount Banks) – we were hiking way down in the valley below a couple of weeks ago, along the banks of the Grose River (see my last blog post for pics), with views back up to these amazing escarpments

One last shot of Hanging Rock – you can see the remains of the tree stump more clearly in this shot. It’s a shame it’s been worn away (I’m guessing from overuse).

Hanging Rock, like Paradise Pool, never used to be signposted, in an attempt to minimise access (hence the addition of the two gates preventing visitors from driving directly to the site), but it’s so frequently visited now that it is deemed safer to warn about the dangers of extreme adventure sports than try to keep the location a secret. Not all rope swinging adventures at the rock have gone smoothly, as can be seen here, and there are yet sadder stories than this, but climbers know the risks they’re taking when they step off that ledge. And what an amazing way to see the valley!

Happy to have my feet planted firmly on the ground… 😉👣